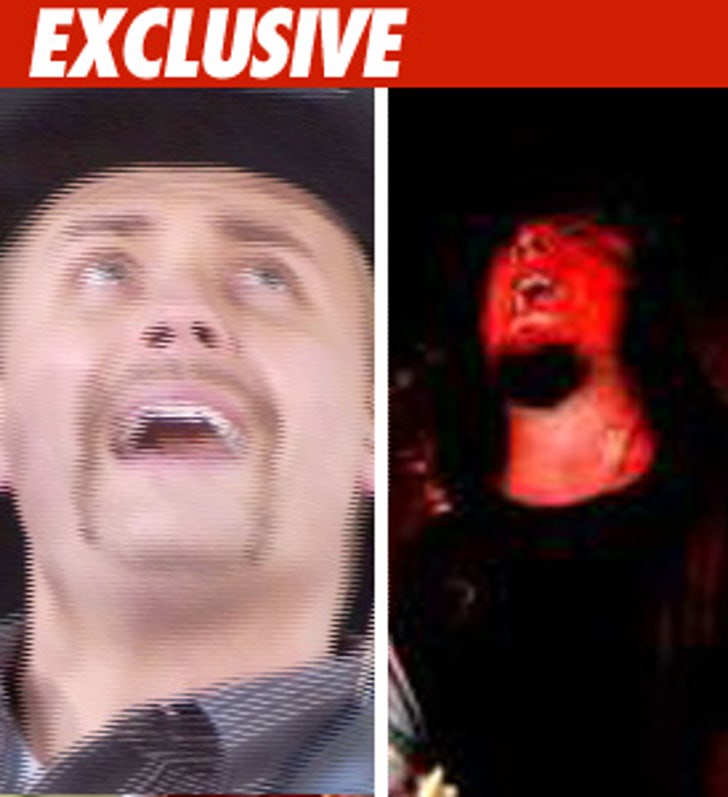 The guy who took a beer bottle to the face from the lead singer of Big and Rich Friday morning says the whole thing started because -- surprise surprise -- Rich was stinking drunk.

TMZ spoke with Jerry Montano, who says he was boozin' with John Rich at the Rainbow Bar and Grill in West Hollywood late Thursday night -- when suddenly John became an angry drunk, and started randomly yelling, "F**k L.A.! How do you guys live here?!" Montano says John was still bitter from a fight he was in at an L.A. bar the night before.

Jerry says John wanted to leave the bar, and invited the group back to the rockstar's hotel room at the Mondrian. While in the room, Montano says Rich became an angry drunk and started to get violent -- throwing things around.

As Montano tried to leave the room around 4:00AM, he says he turned into a glass object Rich was swinging around the room. His nose basically exploded on impact. Paramedics and police were called to the scene.

Here's the kicker: Jerry says he refuses to press charges, chalking the whole thing up to a night where they both had a little too much to drink. And for the record, Jerry still says he's a fan.