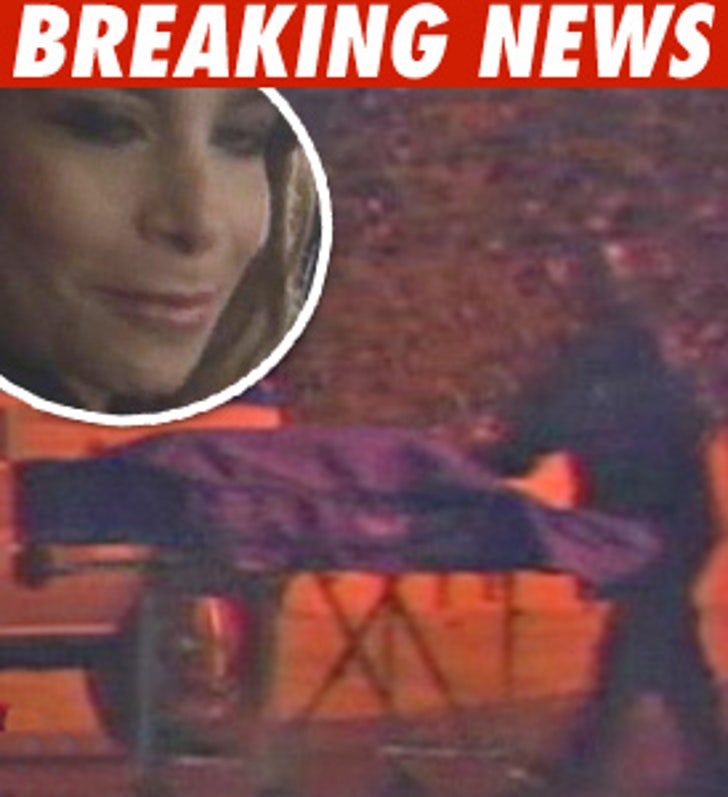 A body was found in a car a few houses down from Paula Abdul's home, and there are reports the victim was a "big fan" of the "Idol" judge.

The body was discovered last night in a car. Cops tell us it may have been a drug overdose/suicide.

Here's what's strange. LAPD got a call from the Ventura County Sheriff's Dept. last night, saying a female body may be in a car on the street in question. It's unclear how Ventura County deputies knew a body inside a car was miles away from its jurisdiction.

An LAPD spokesperson said the parents of the victim believe their daughter was a "big fan" of Paula's. Whether this has anything to do with the victim's death is unclear, but it seems more than a coincidence her body was found just yards from Paula's home.

There's no evidence of foul play. The victim has not yet been ID'd. We're told Paula was not home and possibly shooting for "American Idol."