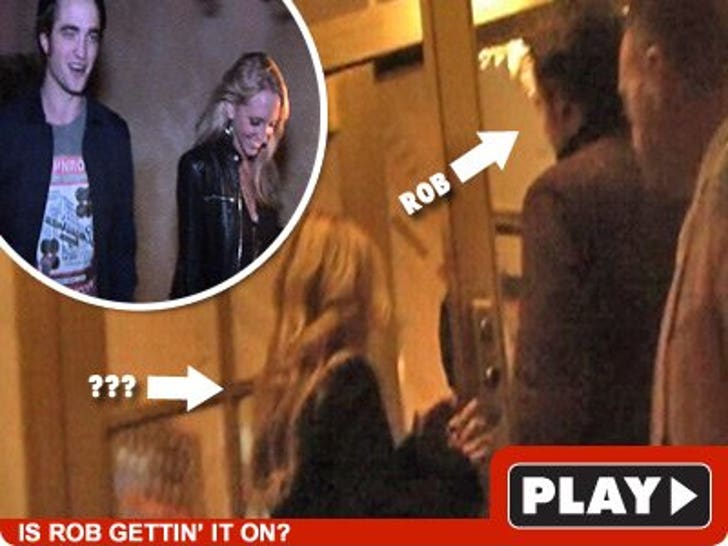 Rob Pattinson's been out with a mystery blonde girl two nights in a row -- but is she a secret GF or just another random fang banger?

Both times we've seen 'em together, they've avoided being photographed together like a vampire avoids sunlight -- and probably for good reason -- if those rabid Twilight fangirls don't think they have a shot, think they'll still pay to see his movie?

UPDATE: The blond he was out with the first night (left inset) has been identified by Twilighters as Rob's sister, Lizzy -- but the chick whose hand he was allegedly holding in the video from last night still remains a mystery.