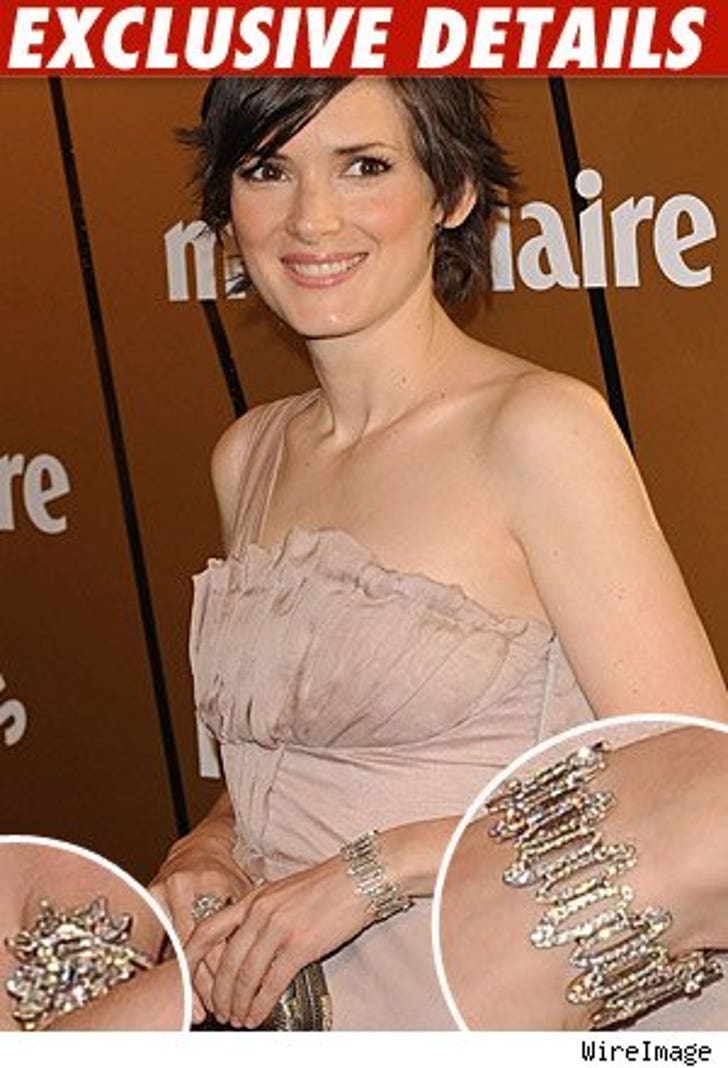 A hugely expensive bracelet on loan to Winona Ryder has gone missing in Spain, but it's Winona who feels like the victim.

Here's the lowdown. Winona was in Madrid Sunday for a Marie Claire event. Marie Claire had given Winona a Bulgari bracelet and a ring to wear, worth $125,000. She also got a dress, shoes and some other stuff to wear to the shindig.

After Winona left Madrid, the bracelet and ring turned up missing. There's a report in a French magazine saying Winona claimed she went to the front desk at the hotel and gave the jewelry to the front desk, but the surveillance cam doesn't show her doing that. The intimation -- Winona stole the bling.

In fact, we know what happened. The morning after the event, around 6:00 AM, Winona checked out of the hotel. No one from Marie Claire was around to collect the stuff, so she left everything in her hotel room.

Our sources confirm the bracelet and ring did indeed turn up missing -- the dress and other stuff weren't taken. We're told Winona never said she had taken the jewels to the front desk, and whoever planted the story may be covering up for someone who had access to the room after she left.

So far, Winona has not been contacted by the police.