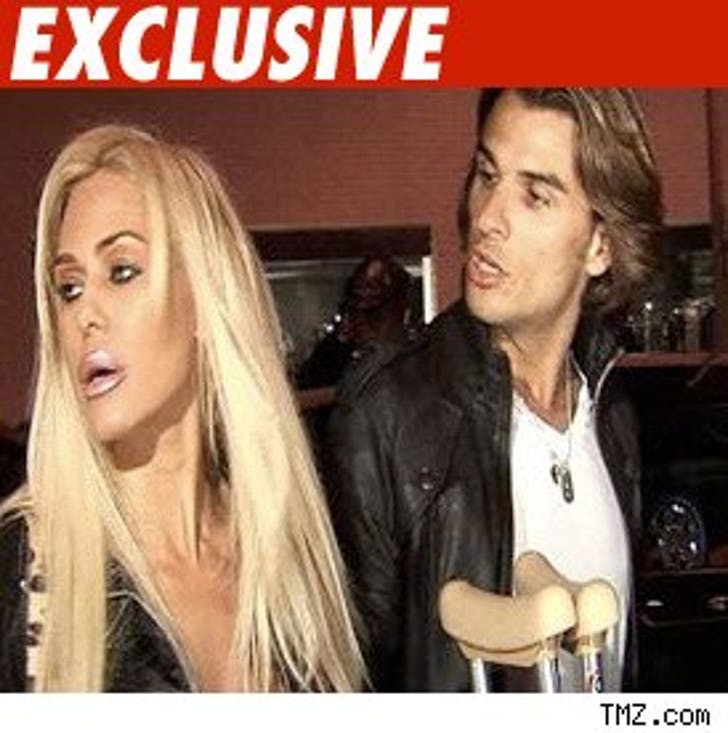 Shauna Sand claims she was choked, punched and thrown across a room in front of her children -- and the bastard behind the alleged beatings is her very own husband.

The former Playmate received a temporary restraining order against Romain Chavent yesterday, after she filed documents in L.A. County Superior Court alleging that this weekend, her French hubby "hit me in the breasts, which i just had reconstructive surgery." It's the latest in a string of alleged violent abuse.

Among the claims, Shauna says Romain once "threatened to sell nude photos of my children that he took of them when he was babysitting." How could she say with this guy?

In the documents, Shauna also claims in March 2008, Chavent punched her in the stomach and threw her into a wall. And in 2007, Romain allegedly strangled, punched and threw Sand across the room. Shauna says she was granted a restraining order for the 2007 incident, but had it dismissed "because he promised to change."

But Romain has made accusations of his own -- once filing for a restraining order against Shauna in April because he claimed she threatened to ruin his life. Romain's claim was later dismissed.

Now, with the most recent accusations of abuse, Shauna has been granted another TRO that will remain in effect until the next hearing on December 22.