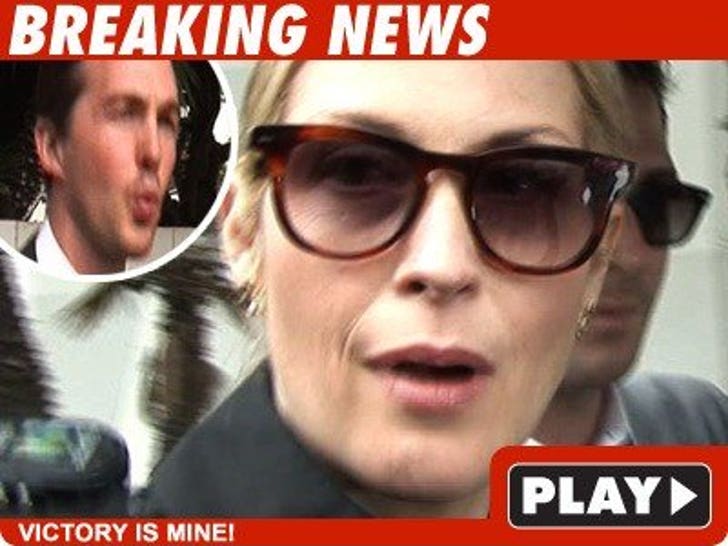 A judge just ruled Kelly Rutherford can take her kid to NYC while she films "Gossip Girl."

The judge said Kelly can go on Sunday and her estranged hubby Daniel Giersch is free to travel there as well. He had argued he needed to stay in L.A. to do his business, but the judge begged to differ. Daniel told the court he will travel to New York.

Rutherford filed for divorce on December 30. She is also pregnant.

Giersch was awarded two overnight visits per week for the month of February and three per week for March. They all need to come back to L.A. for a minimum of four days, at least twice. During the L.A. stays, Hermes will alternate between the two parents.

The judge also ruled 2-year-old Hermes will bounce between NYC and L.A. for the next two months while the feuding couple tries to hash out a long-term custody arrangement. Good luck.