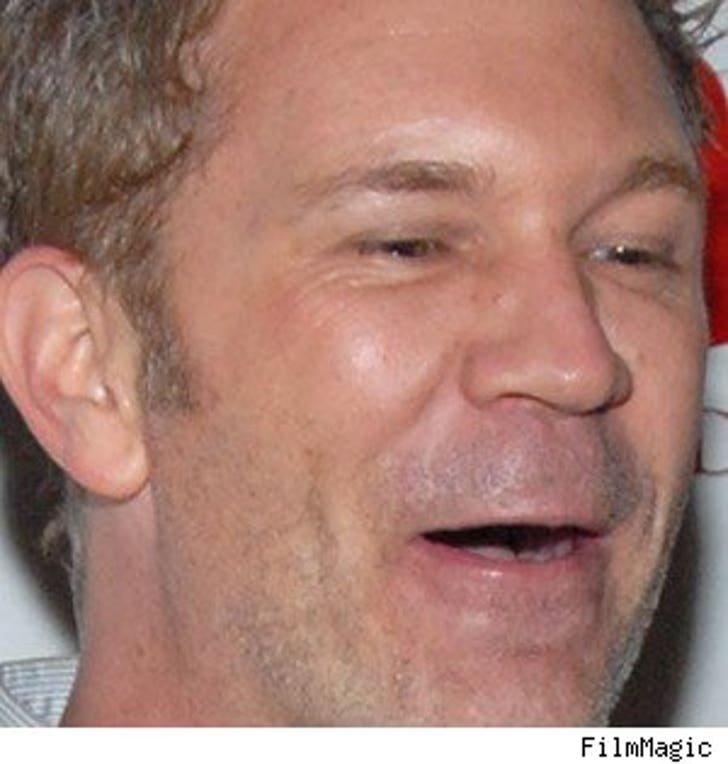 One of the stars on "CSI" did not rely on high-tech crime fighting techniques when he thwarted a crime -- he just beat the criminal down.

Gerald McCullouch -- aka crime scene investigator Bobby Dawson -- was on a train from JFK Airport in NYC when a very large man tried grabbing his laptop. McCullouch -- a trained boxer who had just been in the ring 8 hours earlier -- treated the criminal to a body shot to the chest, according to the New York Daily News.

Now get this. The 6-foot-3-inch, 240 lb scofflaw pulled out a kitchen knife with a 10-inch blade. As other passengers ran for cover, the dude tried to plunge the knife in McCullouch's back, but his leather jacket protected him.

McCullouch says he was in the guy's face and punched him again. The train had just left the station when it stopped. McCullouch said, "You are f**ked, buddy." "Buddy" then came at him again with the knife.

At that point 10 cops jumped on the train and busted the guy. And get this -- cops told McCullouch the culprit may be the same guy who stabbed two cops.

Henry Lee, eat your heart out. This dude knows how to solve crimes.