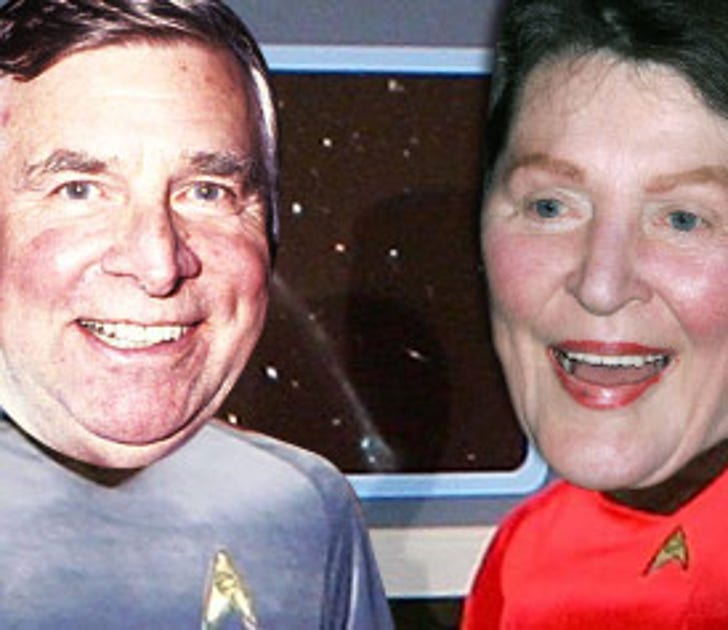 The late Gene Roddenberry -- who created "Star Trek" -- and wife Majel (who passed away last year) are about to explore the final frontier together. Their remains are going to be shot into space.

Majel "The First Lady of Star Trek" Roddenberry's dream before she died last December was for a portion of her and Gene's ashes to be sent into space together -- and a company called Celetis is granting that wish.

Celestis -- which has its own rocket -- just announced the Roddenberrys' ashes will be launched into deep space on a mission aptly name Voyager.

Trekkies are invited to go to the Celestis website, where they can post tributes to the Roddenberrys, which will all be digitized and sent into space with them.

Celestis is the same company that shot a lipstick-sized container of Gene's ashes into space back in '97.