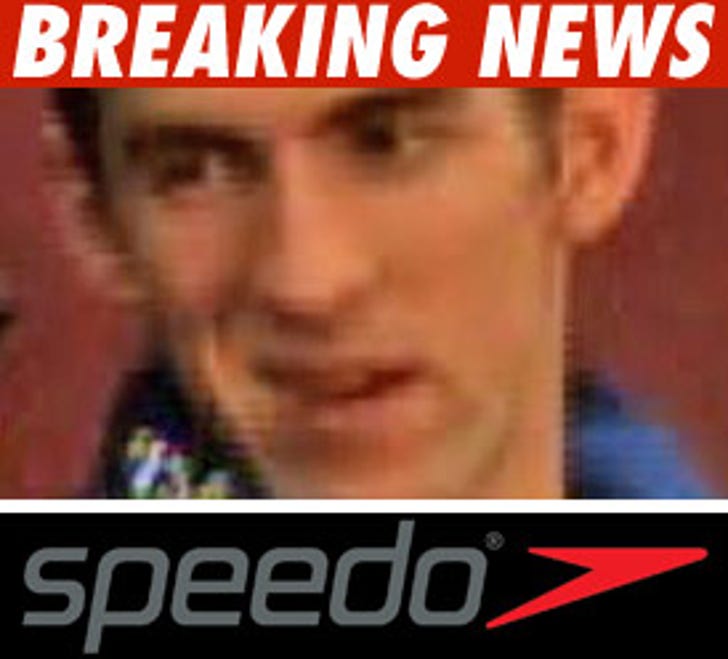 It doesn't matter what Michael Phelps put in that bong, he's still a hit with Speedo.

The mankini maker slapped Phelps on the wrist over Bong-gate today, but stopped short of axing their multimillion endorsement deal with the Golden Boy. In a statement, Speedo says it "does not condone such behavior and we know that Michael truly regrets his actions."

But they also call Phelps a "valued member of the Speedo team and a great champion." They're clearly hoping the whole thing blows over quickly.

Phelps' had endorsement deals with AT&T and Rosetta Stone, but those expired on December 31st -- long before the bong pics became public.