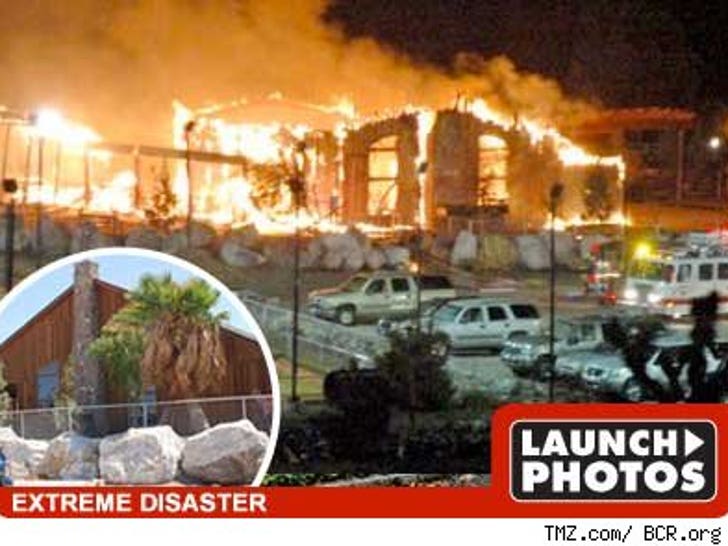 The photos below show the shocking flames that ripped through Boulder Creek Ranch, forcing the cancellation and evacuation of a Billy Ray Cyrus concert and taping of "Extreme Makeover: Home Edition." 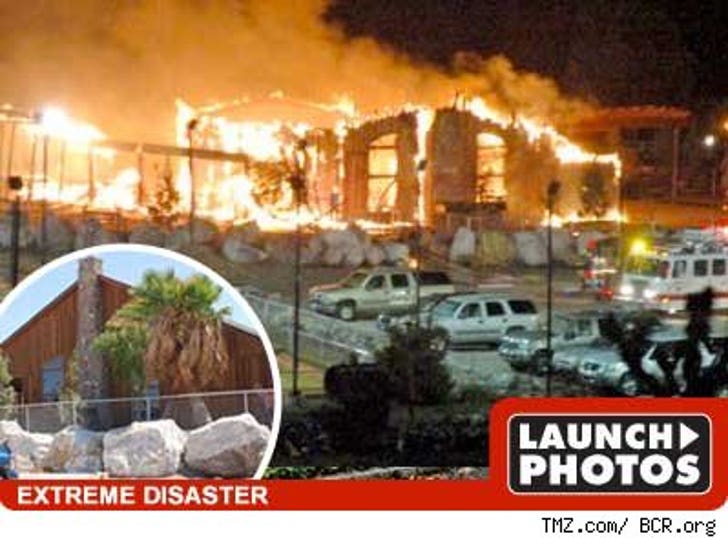 Although the hosts of the concert lost a structure on the property, there were no injuries.

The owner of the Ranch, Jim Hasty tells us, "I want to thank everyone for their kindness especially those with "Extreme Makeover", including Ty, Brady and Diane. I also have to mention Billy Ray Cyrus who was so nice and great during this incident . My family and I have made a lot of new friends through all of this and thank all the emergency personnel that helped in the fire. I will rebuild, people less fortunate lose a lot more everyday. I anticipate only good things ahead."

"By the way ... Billy Ray promised he'd return and do a concert in the future -- we are all looking forward to that, he is a great man."

A rep from ABC also issued a statement telling TMZ: "A chimney fire broke out tonight during an "Extreme Makeover: Home Edition" shoot at a secondary location where crowds gathered for a Billy Ray Cyrus concert. There were no injuries and all spectators were safely evacuated.

The cast and crew wish to express their sincere compassion to Jim and Gail Hasty, who were kind enough to host the concert at their Boulder Creek Ranch property and lost their lodge in the fire."