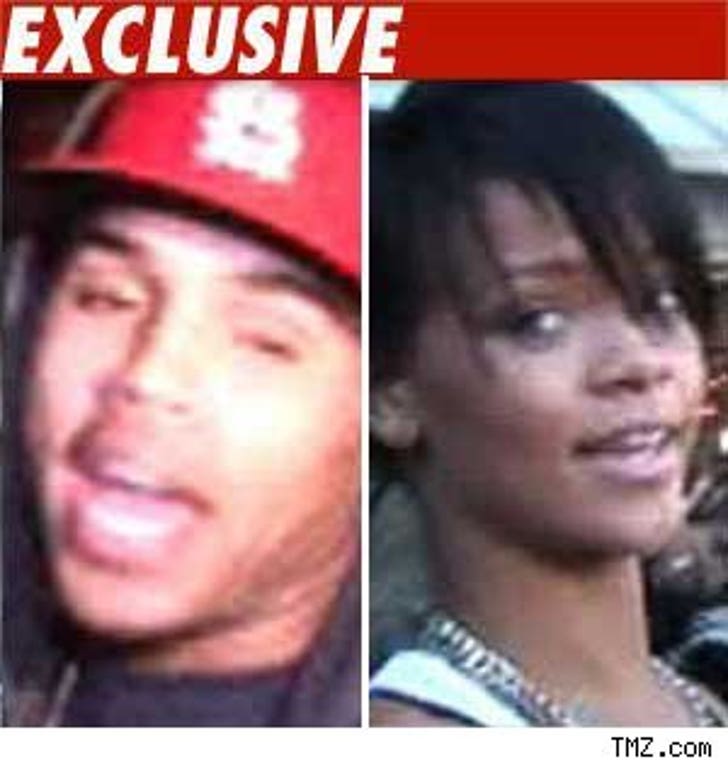 Chris Brown may have gotten lucky because the charge he was booked on is kinda weak, law enforcement sources tell TMZ. But he's still in big trouble, and Rihanna says it's not the first time he's attacked her.

Sources say the Los Angeles County District Attorney kicked the case back to the police for further investigation because evidence that he made criminal threats against Rihanna is kind of thin. Our sources are quick to say he will, however, almost certainly be charged with felony domestic battery, a lesser offense but still serious.

Here's how it went down, according to the police report. After Chris received a text message from a woman who wrote about getting together, an argument erupted. By the way, initially, Rihanna would not tell cops what started the argument.

She did, however, tell them that during the argument, he started hitting her. According to the police report, she ordered him to drive her home and "faked a call" to someone, saying things like, "He's dropping me off. Make sure the cops are there."

Rihanna told cops the fake call enraged Brown. He said something to the effect of "You are really fu**ed up now. I'm going to kill you." This statement is the basis of the criminal threats charge.

At that point, according to the report, Brown allegedly began a violent attack with his fists. At some point, Rihanna took the keys out of the ignition and threw them outside.

And there's this. According to the police report, she told cops this was not the first time Brown hit her. She referred to it as an ongoing and escalating abusive relationship.

We're told the criminal threats charge is based on that one statement Brown allegedly made. As one law enforcement source told us, "It's kinda weak, and the D.A. is not going to prosecute a high profile case like this unless it's solid." That's why it was kicked back for further investigation.

Given the brutal nature of the attack, which the photos clearly show -- contusions on the face, swollen eyes, cut lip, bloody nose, bite marks on fingers and arm -- a felony domestic battery charge is virtually a done deal. That, however, is a less serious offense than making criminal threats.