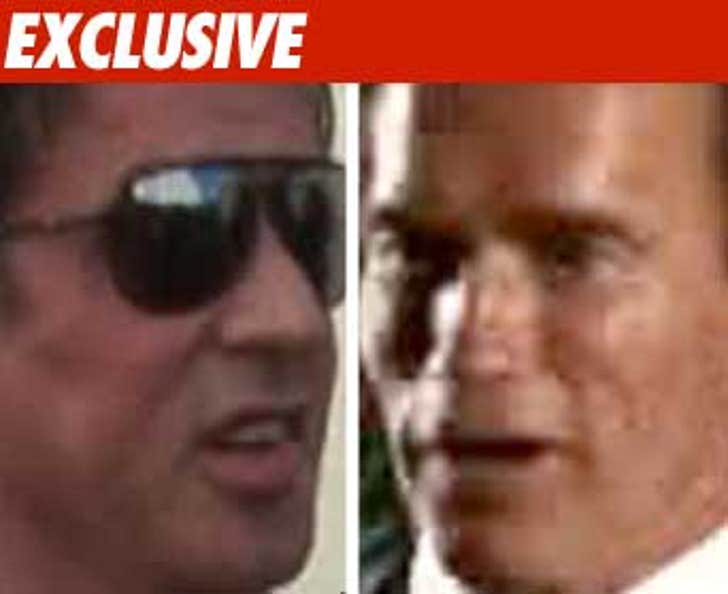 So looks like the Governator took some heat after the producer of Sylvester Stallone's new movie told us Arnold would leave Sacramento to shoot a scene for "The Expendables." Now Sly himself is telling us Arnold will not shoot the scene, at least not now.

Arnold's people and Sly say the Guv only has one thing on his mind right now and that's the budget crisis. Sly says things could change once Arnold solves California's woes. Read between the lines and it's pretty clear Arnold had a big PR problem by putting the Legislature on lockdown and then agreeing to go off and shoot a movie.

So -- Will Ahnold rescue Caleeefornia so he can do Sly's movie next month?