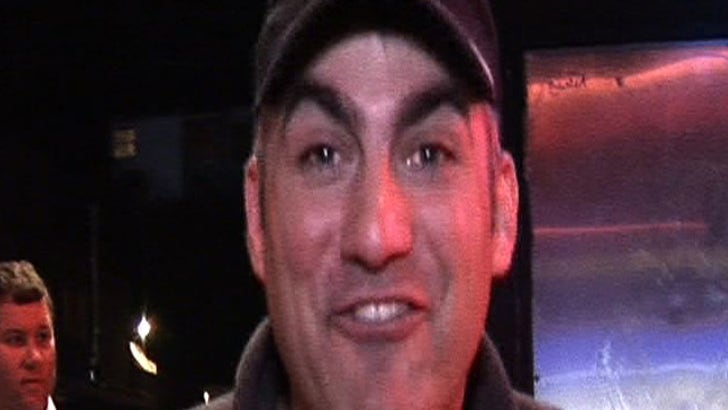 Craziness exploded in Hollywood last night -- and it all went down mere inches from our cameraman ... and some guy named Taylor Hicks.

The drama started after Taylor's show at the Roxy -- which the "American Idol" WINNER(?) performed in front of an audience of people who got their tickets for free because nobody would pay actual money for them.

The cops came, the cops helped a drunk chick, and then the cops got back in their car, flipped on the sirens and chased after something else. It was super intense, but we only caught bits of it ... because, for some completely unknown reason, our guy thought keeping the camera on Taylor Hicks would provide better material.