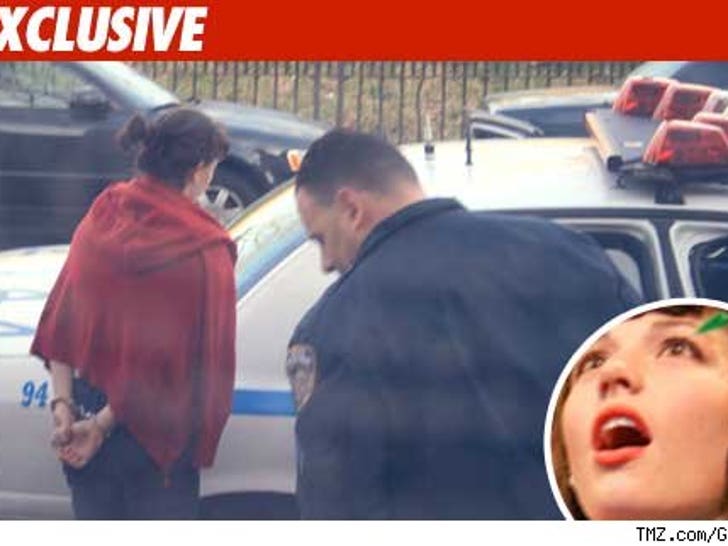 The chick sportin' the hot new steel accessories is "Project Runway" finalist Kenley Collins -- moments after the show's most hated designer was arrested for attacking her ex-fiance with a live kitty cat! 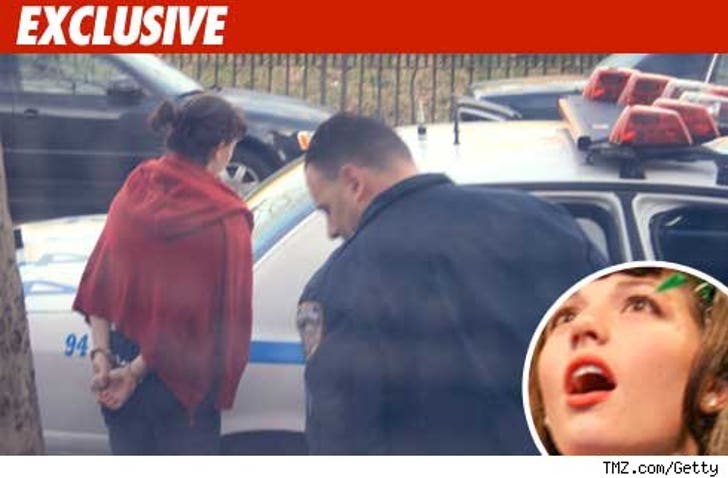 As TMZ first reported, the whole thing went down Tuesday morning in Brooklyn -- Collins was hauled off to a local jail and charged with using the "purr-jectile object" as a weapon. Collins also fired off a few other items at her ex during the attack -- including a laptop computer, several apples and some water.

Collins was eventually released from the pokey without bail. No word on when she'll be back to face the judge.