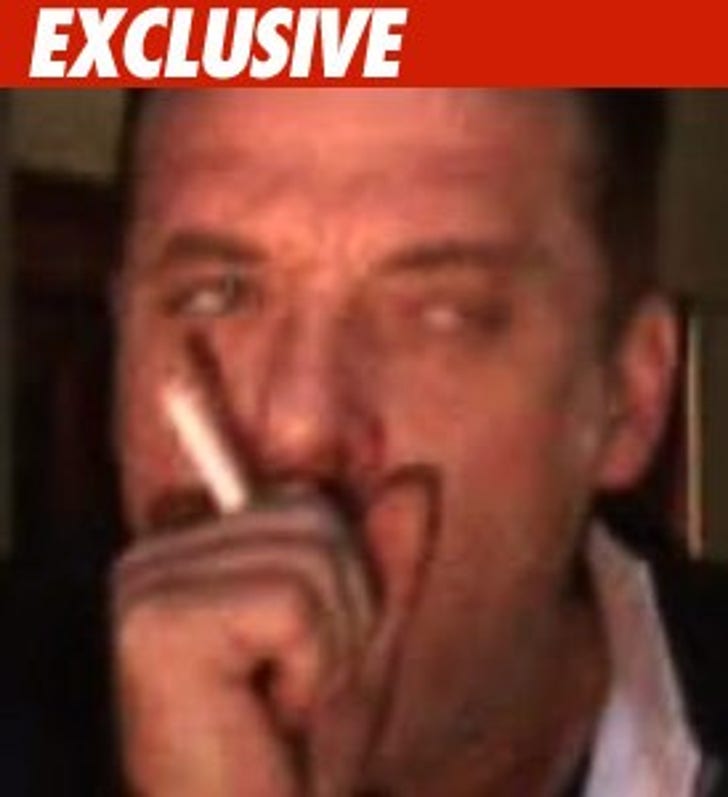 Congenital convict Tom Sizemore may be heading back to his old prison cell soon, because he's the alleged ring leader of one of the most pathetic heists in history ... one that was caught on tape.

The LAPD confirms Tom -- who spent time behind bars in '07 for a probation violation -- is being investigated for grand theft after he allegedly stole multiple cell phones, a pen and a highlighter from a Verizon Wireless store in L.A. last week.

Sources tell us Verizon's security cameras clearly see a man who looks a helluva lot like Tom, along with another man, stealing a handful of phones -- including one belonging to an employee. The man believed to be Tom was also busted reaching over the counter to pocket a pen and a highlighter.

Sizemore, who has multiple movies coming out in '09, just completed the term of his parole in January from a prior drug bust.