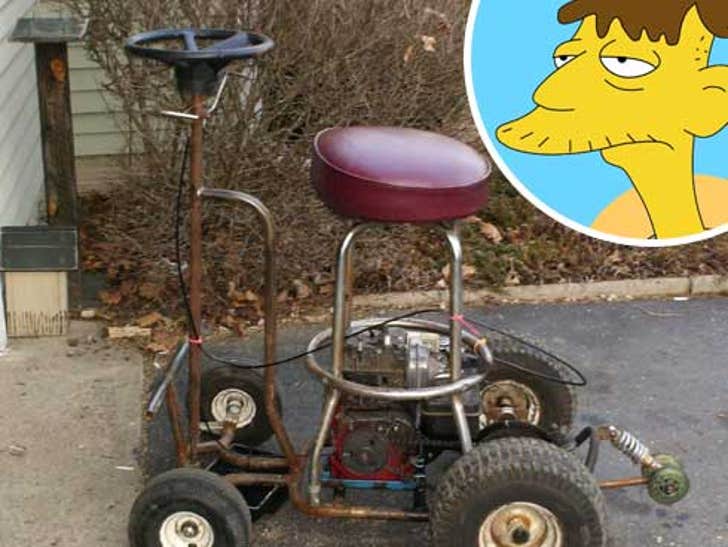 Warning: It's best to cue the song "Dueling Banjos" before reading the following story:

Some MacGyver-esque drunkard in Ohio is facing DUI charges after crashing a bar stool he was driving -- HE WAS DRIVING! 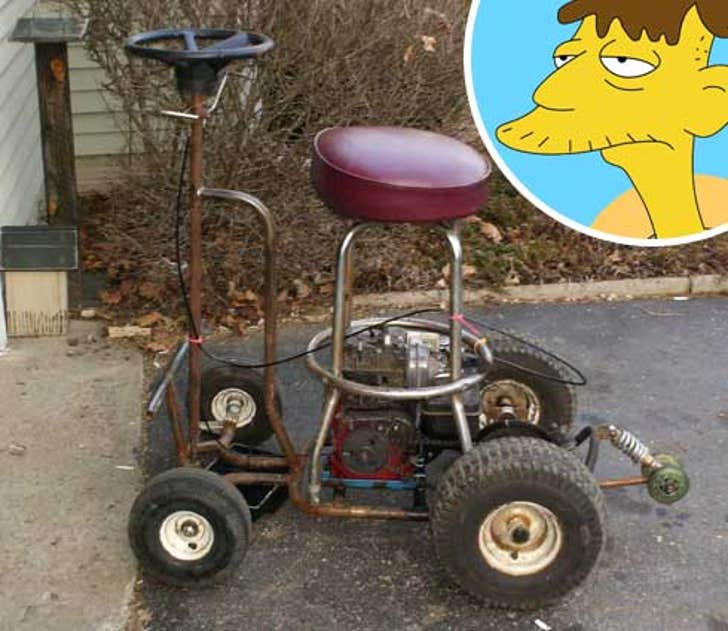 Cops arrived to the scene around 5:41 PM on March 4, arrested the guy, and filed a police report ... here are the highlights ... it's classic.

"Unit #1 was heading west bound on Kelly Lane. Unit #1 attempted to turn around (180 degrees), and back down Kelly east bound. As Unit #1 began its turn, it rolled over and the operator was injured."

"Note: Unit #1 was a home made [sic] motor vehicle, a bar stool attached to a frame with a lawn mower attached."

"At this point I noticed that Mr. Wygle's eye's [SIC] were very blood shot and were glassy in appearance."

"I asked him what happened, Mr. Wygle stated, 'I wrecked my bar stool.'"

Wygle, who has undoubtedly become a cult hero in frat houses across the country, pleaded not guilty and has requested a jury trial.

No word on how he plans on getting to court.