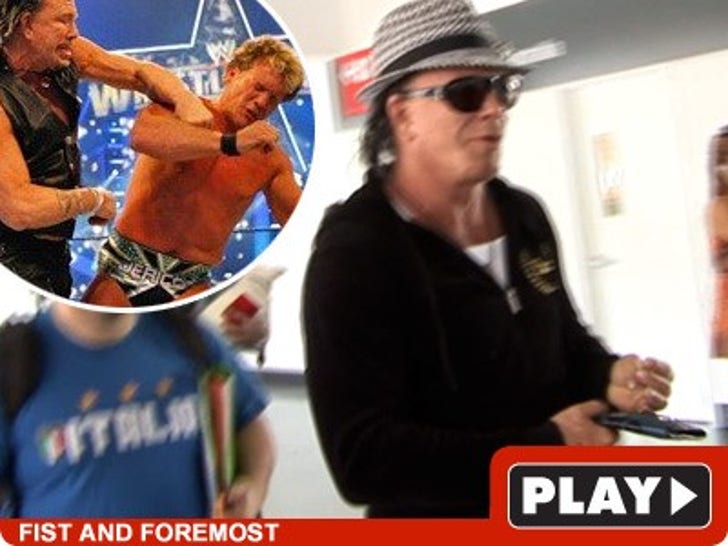 Turns out that fight between Mickey Rourke and Chris Jericho at Wrestlemania may not have been completely fake after all. 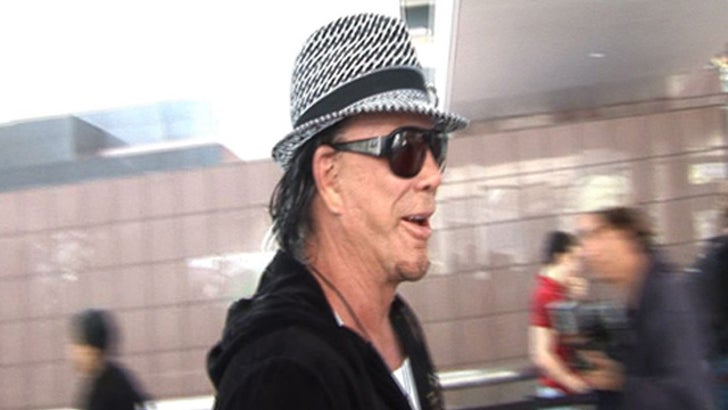 Mickey complained to our photog at LAX that he recently broke his left hand -- which dealt the knockout blow to Jericho -- while in Texas.

So Mickey either broke it at Wrestlemania -- which was held in Houston a few weeks back -- or the cast-less actor was just pulling the wool man-panties over our eyes.