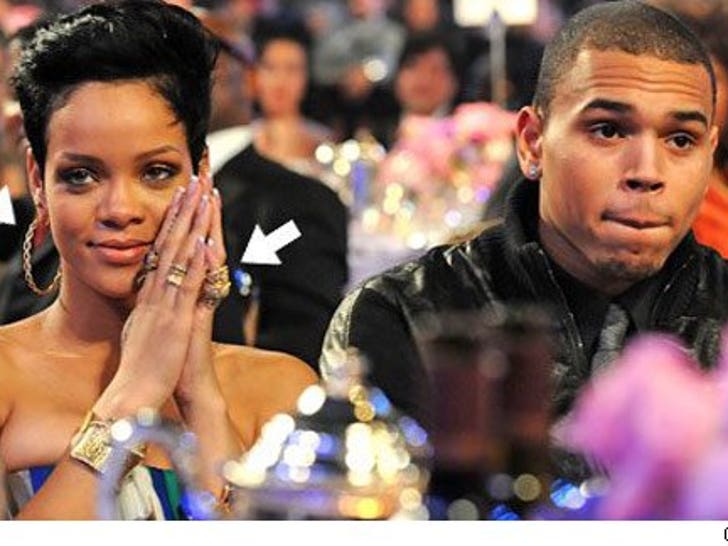 Our sources say tomorrow's Chris Brown hearing will not end with a plea bargain, although we know both sides are deep in discussion. But it looks like Rihanna could score something big. 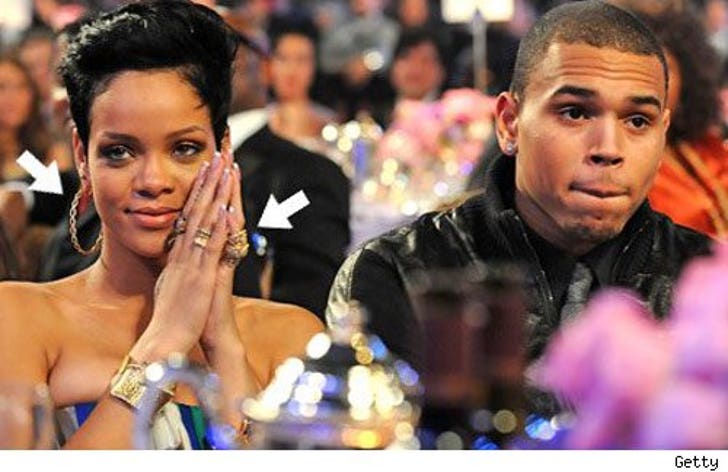 Rihanna's lawyer is asking the judge to release the jewelry Rihanna was wearing when she was beaten. The jewelry was taken as evidence just after the beating and she wants it back -- it was on loan from jewelers and they either want her to fork it over or pay $1.4 mil.

We're told the cops would like to return it as well. There are reports the D.A. is objecting to returning it --
reportedly for leverage so Rihanna will cooperate. But our sources say the D.A. has not taken a position.

Will the judge release the hostage jewelry? Stay tuned! Hearing is tomorrow.