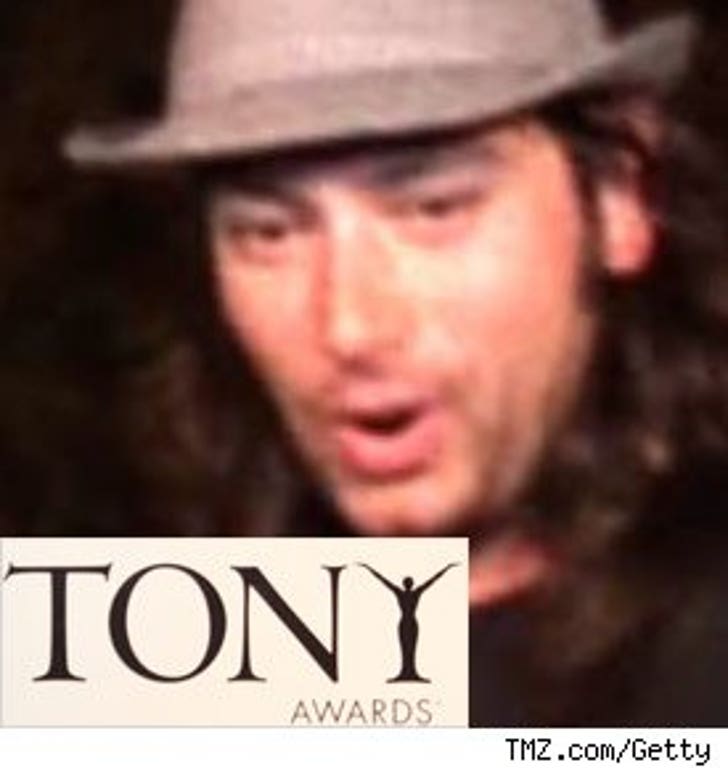 The 33-year-old creepy singer is nominated for Lead Actor in a Musical for his work as Drew Bowie in the '80s themed "Rock of Ages."

It may not be a Jennifer Hudson Oscar or a Kelly Clarkson Grammy, but it beats working the day shift at Applebee's ... with "Idol" winners Taylor Hicks and Ruben Studdard.