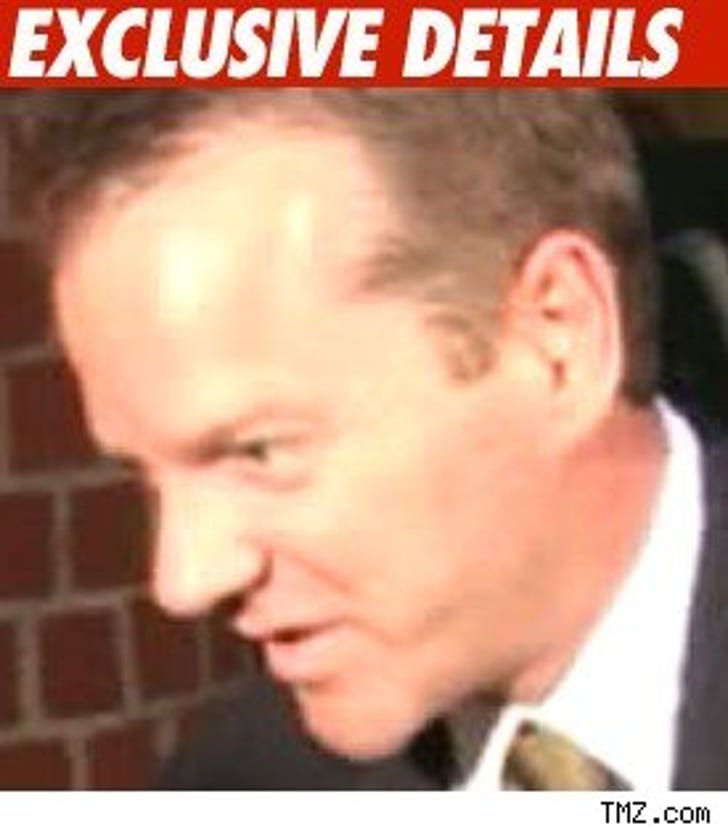 Law enforcement sources tell us Kiefer Sutherland headbutted a man in New York City Monday night, causing lacerations on the man's nose -- all while defending the honor of one Brooke Shields ... so he says.

It happened at an after-party for the Met Costume Institute Gala Monday night. We're told witnesses say the alleged victim -- Proenza Schouler designer Jack McCollough -- allegedly knocked Brooke Shields over and Kiefer saw it happen. The witnesses say Kiefer went over to the man and told him to apologize to her. At that point they say McCollough pushed Kiefer and the actor responded with a headbutt.

A police report was taken and the incident is under investigation.

Complicating it for Kiefer -- he's on probation in L.A. for a DUI, and one of the terms is that he obey all laws. No word on whether L.A. prosecutors will pursue the matter.