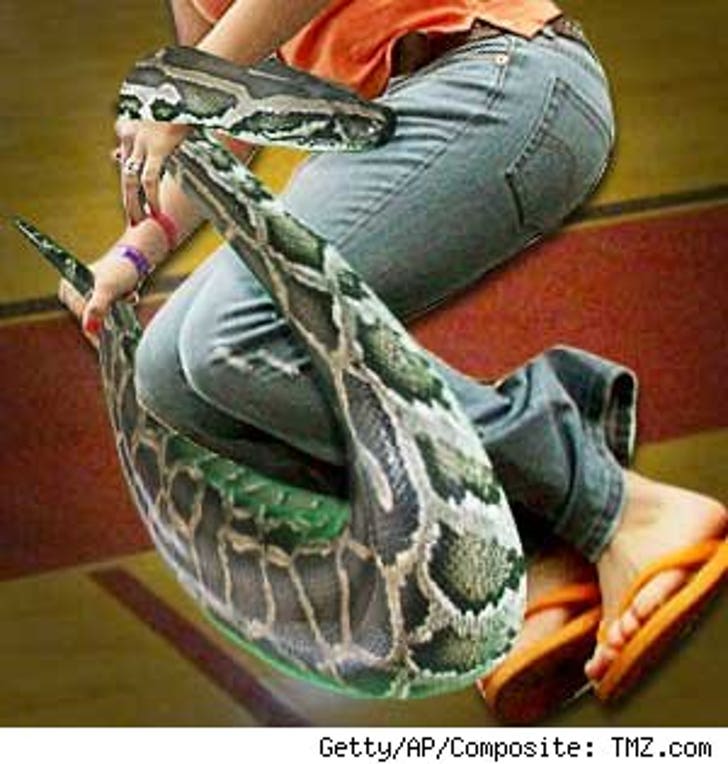 It's hilarious in theory, but when a student actually grabbed a snake from his biology class and tried to use it as a jump rope... the cops weren't laughing.

Pittsburgh police claim some dumbass 17-year-old took a living, breathing snake out of his biology class Monday and tried to play some double dutch with it.

Fortunately, the snake survived and is currently being examined by a vet. As for the kid -- cops say he'll be charged with theft and cruelty to animals.

Still, one completely inappropriate question remains -- how many revolutions did he get before he got caught?