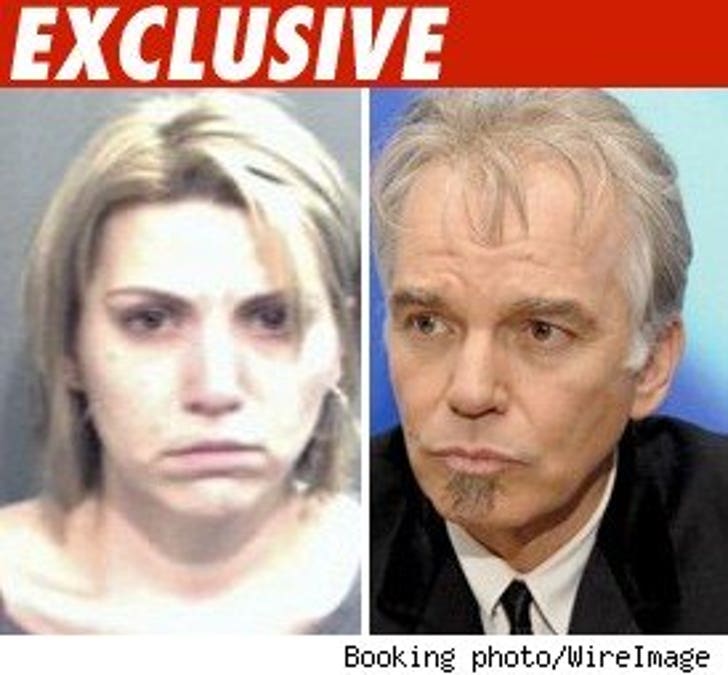 We've learned the oldest daughter of Billy Bob Thornton has been charged with child neglect in the death of a 1-year-old she was babysitting.

Amanda Brumfield told cops the child died in October after falling from her playpen, but a spokesman for the Ocoee Police Department said Amanda Brumfield's story didn't add up.

An autopsy determined the child suffered a fractured skull and a subdural hematoma due to blunt trauma.

Brumfield told police that after the baby had fallen, she discovered her tongue bleeding, so Brumfield cleaned it with a paper towel. She then says she began playing with the child, feeding her bananas and fruit snacks, and said she was "happy" and playful.

Brumfield then said she laid the child on the couch next to her and fell asleep. She says was awoken sometime later by the phone and decided to take the child back to the playpen. When she lifted her, Brumfield told cops she discovered her body was limp.

According to police, the call for help didn't come until two and a half hours after the original fall.

Brumfield is Thornton's child with his first wife, Melissa Gatlin.

UPDATE -- A rep for Thornton sent TMZ this statement: "Mr. Thornton is estranged from Amanda and has had no contact with her for quite some time, however when informed about this situation he commented that, 'Anytime a baby's life is lost is an unimaginable tragedy and my heart goes out to the baby's family and loved ones.'"

Billy Bob Goes Off -- Don't Call Me an Actor!