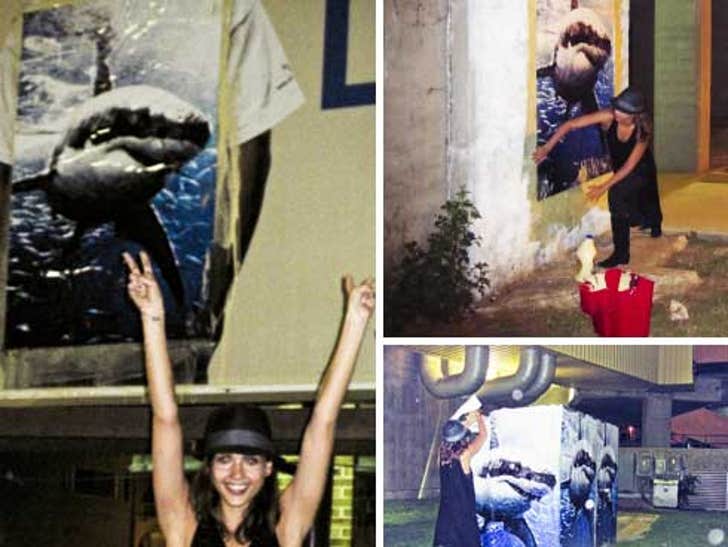 Capturing all the stupidity on film and posting it on the Internet. 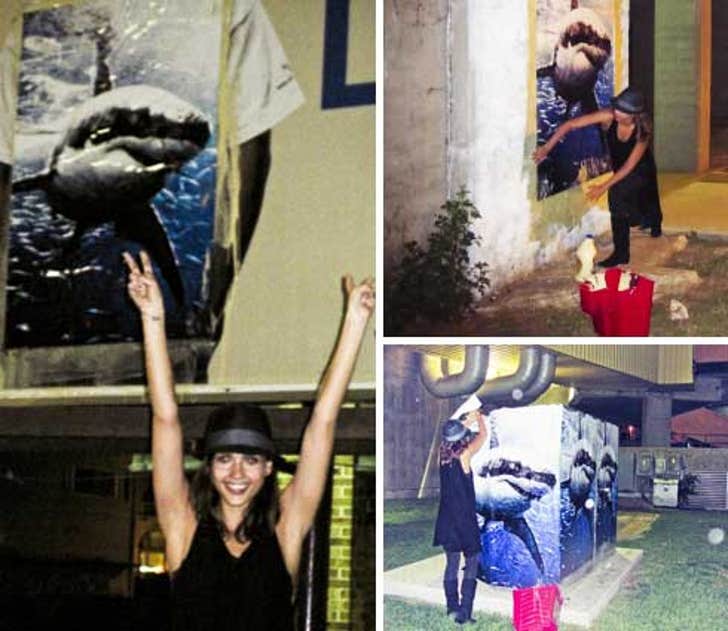 People in OKC are pretty upset after these photos surfaced yesterday on TheLostOgle.com. The pics clearly show Alba tagging downtown OKC with the posters, which ironically don't even have a clear message on them ... posters that stoners probably think are just advertisements for Shark Week.

The most ridiculous part is that one of the spots she's accused of tagging was a billboard for the United Way. A rep for the non-profit organization told us although the billboard was donated, they'll probably have to pay out of their own pocket to replace it. Either way, the U.W. said, "We remain focused on our work rather than this minor distraction."

So far, cops say no one has filed charges against Alba.