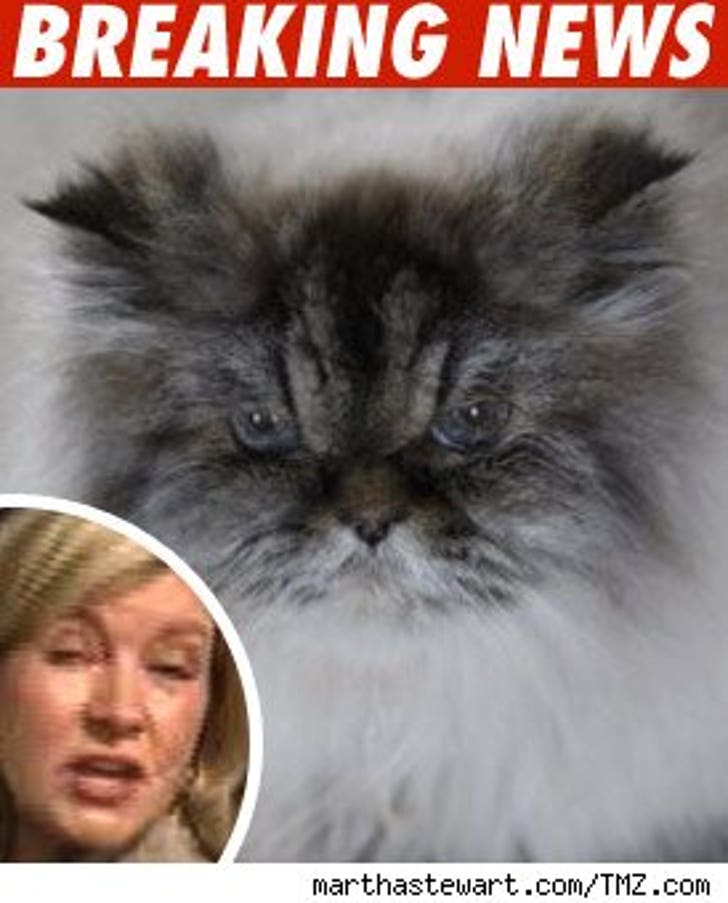 For the second time this year Martha Stewart is burying one of her beloved animals.

Martha just posted the following message on her Twitter page:

"Mozart the cat just died -- he was nineteen and did indeed have a beautiful life. we just buried him next to pawpaw -- he was a lynx himalayan."

Stewart's dog, Ghengis Kahn, died in a freak explosion at a kennel back in March. Her 13-year-old pooch PawPaw passed away in April of '08.