Artie Lange ripped Joe Buck a new one in an epic battle of cut downs last night -- as the "Howard Stern Show" veteran hit the sports announcer with insult after insult on what was supposed to be a night celebrating Joe's new show. 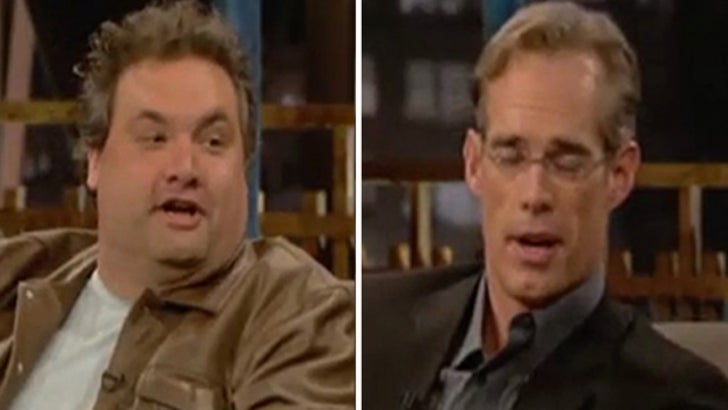 It all started during Artie's guest appearance on the "Joe Buck Live" show on HBO last night -- but the war of words only escalated during the "overtime" segment, which takes place after the actual show and is only shown on the web.

During the webcast, Joe did his best to fight back against Artie's relentless barrage of insults -- and even managed to sneak in a few jabs of his own -- but it was clear Joe was wayyy out of his league as Artie did nothing short of brutally roast the host.