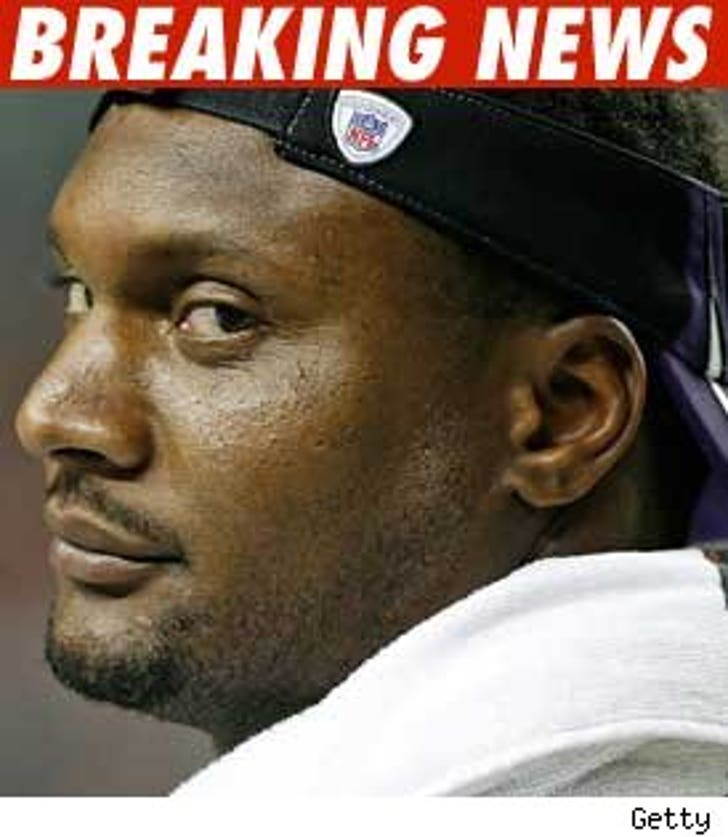 Steve McNair -- an NFL QB with the Tennesse Titans and Baltimore Ravens -- was found dead Saturday in Nashville, Tenn., according to Nashville police.

McNair suffered a fatal gunshot wound to the head in downtown Nashville. A female victim was also found dead. Police have not released the name of the female, only to say it is not McNair's wife, Mechelle.

The call to police came in at 1:35 PM. The circumstances surrounding the shooting deaths remain under active investigation.

There were no signs of forced entry at the crime scene. No suspects have been taken into custody.

Don Aaron, a spokesman for the Nashville Metro PD, told News Channel 5 in Tennessee, "When police officers arrived in response to that call, they found two individuals who had been shot to death inside the residence: one female, one male. We now know that the male deceased is Steve McNair. The female deceased has been tentatively identified. We're working to confirm that and then notify her next of kin."

Titans owner K.S. "Bud" Adams Jr. released this statement: "We are saddened and shocked to hear the news of Steve McNair's passing today. He was one of the finest players to play for our organization and one of the most beloved players by our fans. He played with unquestioned heart and leadership and led us to places that we had never reached, including our only Super Bowl. Our thoughts and prayers are with his family as they deal with his untimely passing."

UPDATE -- A Nashville police spokesman identified the woman as Sahel Kazemi, a "friend" of McNair's. A pistol was found near her body. She suffered a single gunshot wound to the head, police say, and McNair "was shot multiple times."