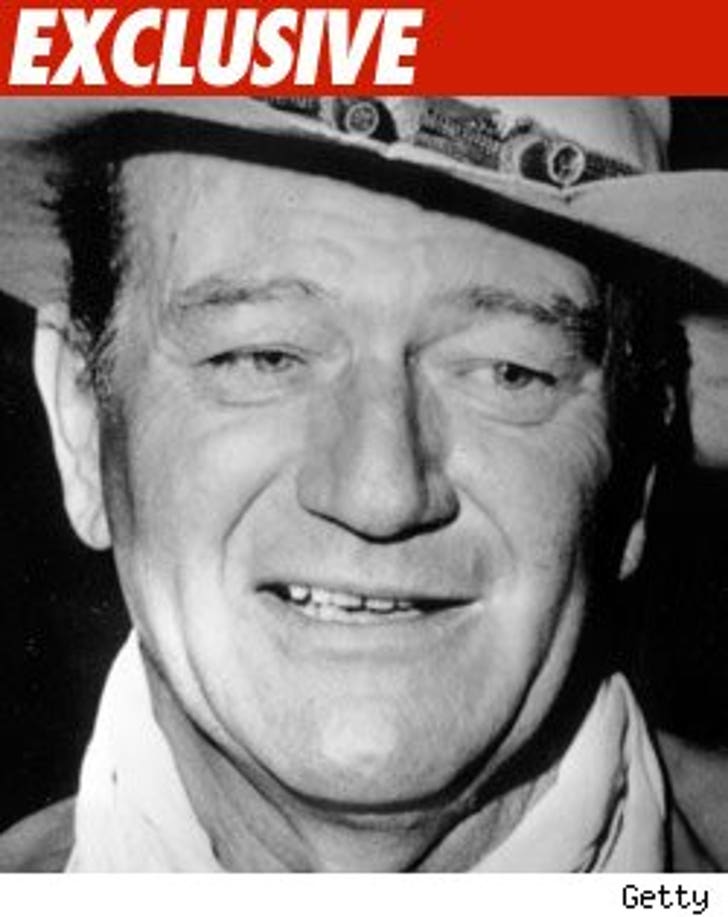 John Wayne's six-shooter wasn't the only thing that was loaded in the movie "Big Jake" -- the legendary cowboy pulled in a whopping seven figures for playing the lead role in the flick ... which was made way back in 1968.

Wayne's fat paycheck was revealed in a boring "Jake" lawsuit we just got our hands on -- and won't waste your time on -- which clearly states John was guaranteed $1,000,000 for the job.

But that's not all: Wayne was also set to make 10% of every penny the movie pulled in over $10 million -- too bad it only made a little over $7 million.