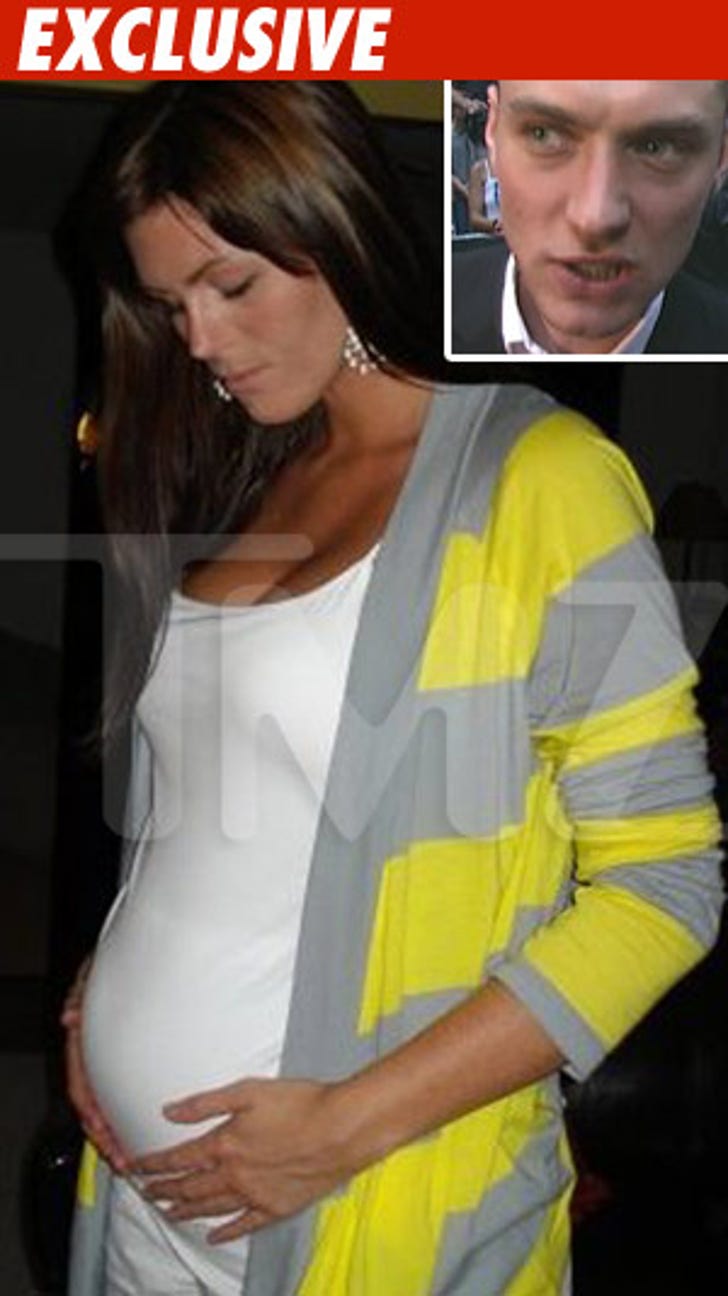 This is the mystery woman pregnant with Jude Law's baby #4.

We've learned her name is Samantha Burke, an actress and model. Our sources say DNA tests make it a slam dunk -- Jude's the daddy.

The actor's rep has confirmed the 36-year-old actor is expecting a fourth child with an ex-lover.

Law has three children with his ex-wife, Sadie Frost.

According to her online registry at Babies "R" Us, Burke's due date is October 6th... It says she's expecting a girl she will name Sophia.

"Ms. Burke can confirm that she did in fact have a relationship with Mr. Law and that she has informed Mr. Law that she is expecting his child later this fall. Since informing Mr. Law of the pregnancy, he has been nothing but responsive and supportive of Ms. Burke and the pregnancy."