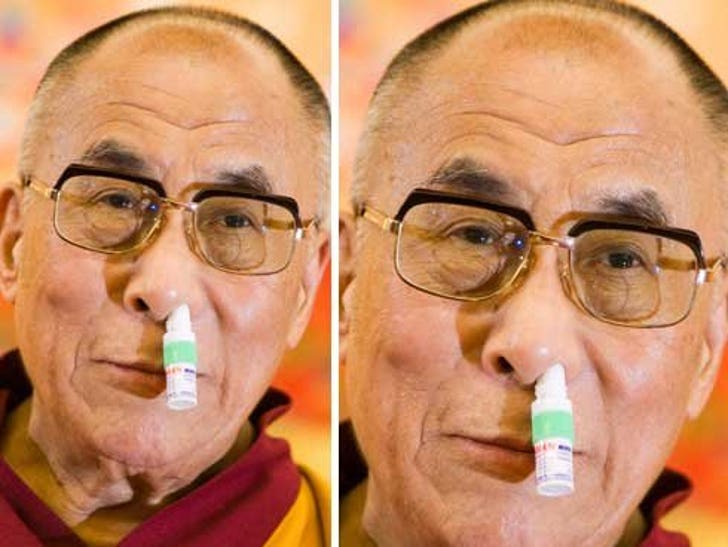 He may not be in the VIP room of a trendy Hollywood club, but the Dalai Lama still likes to snort stuff up his nose every now and then.

As far as spiritual leaders go, you can't get much higher than the Dalai.

For the record, his holiness was only trying to protect himself from illness -- 'cause even a Lama can catch the swine flu.