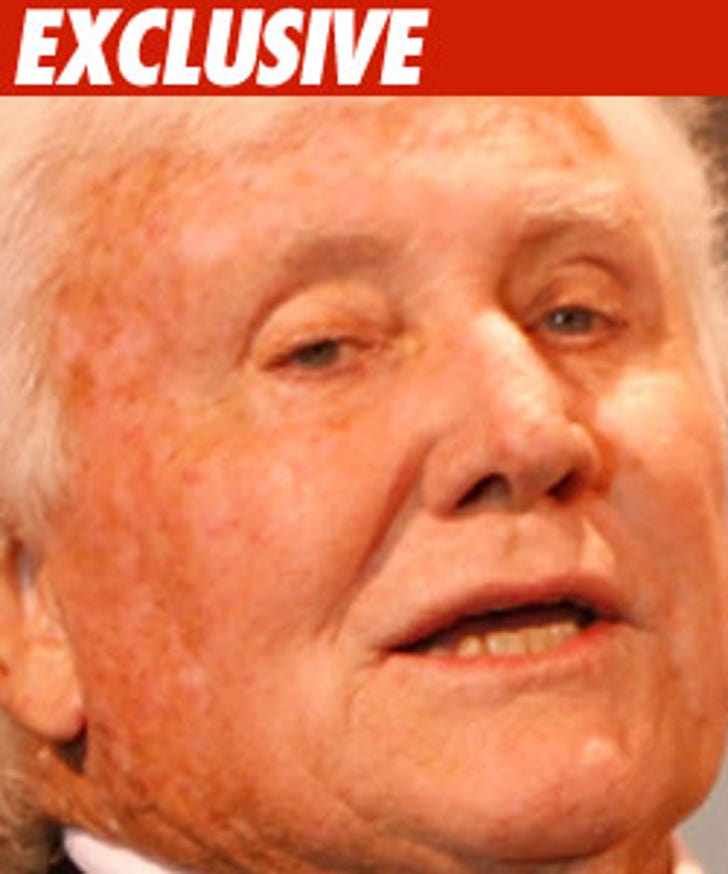 Merv Griffin's son is pissed and he's gunning for the people who are running his dad's companies, claiming they're squandering his money.

Tony Griffin claims in legal documents filed with the L.A. County Superior Court, the people running Merv's companies -- including Merv Griffin Entertainment and The Griffin Group -- have squandered part of Merv's fortune by engaging in "speculative ventures with funds which belong to the Trust."

Tony, who turns 50 this year, is entitled to $2 million a year minimum. If the businesses are ever liquidated, he gets 60% after obligations are paid out.

But here's what we are hearing from the inside. Merv Griffin Productions has actually done pretty well, selling programs to both network and cable. And we're told, the value of the estate has been affected by the economy. For example, Merv's 147-foot yacht is up for sale. Its estimated value was $28 million, but now it's going for $11 million and so far, no takers.

Merv's trust has houses -- including an 18th-century manor in Ireland -- and the value has gone down.

And we have to mention this ... A dude named Ron Ward got $500,000 from Merv "with the request, but not a condition, to take care of [Merv's] dogs." Interesting Tony didn't get the dogs.