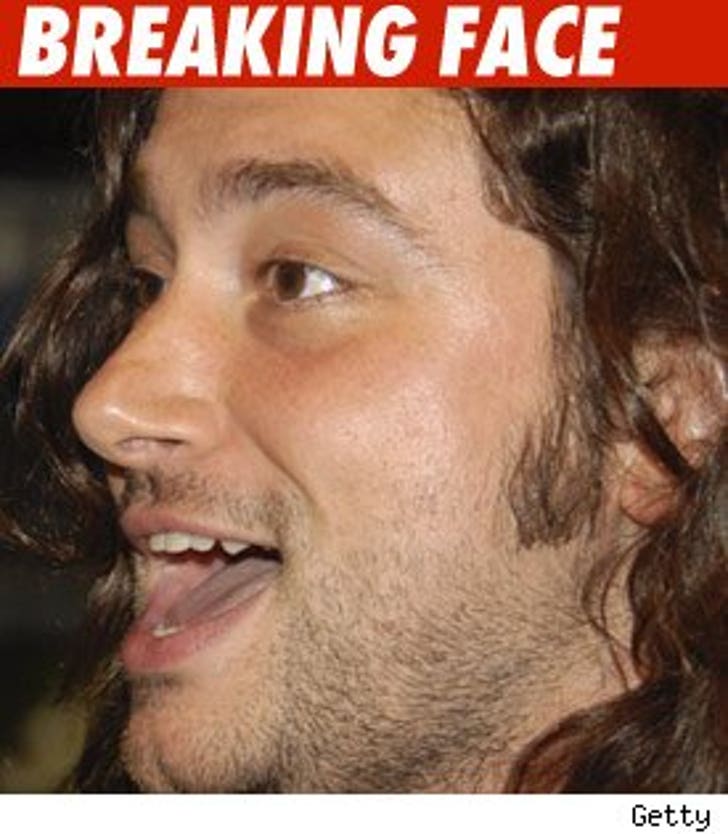 "American Idol" loser Constantine Maroulis claims he got punched by a "drunk" non-fan at a party Wednesday night -- but only 'cause he didn't see it coming!

The whole thing went down at an event in NYC -- in which some dude reportedly punched, pushed and kicked the crap out of the "Idol" reject-turned-Tony reject until security arrived to break it up.

Later that night, CM went to his Twitter page and posted the following message:

"Haha I'm FINE! Some drunk dude tackled me in the middle of the concert and jumped on me

Broke up quick, didn't even know him. Or throw one punch. I don't mind a fight ... but only when its fair and I'm lookin."

According to the New York Daily News, the fight began after Constantine and the other dude argued about Paula Abdul leaving "Idol" -- but so far Maroulis hasn't Twittered anything about that.

Then again, he does love Paula ...