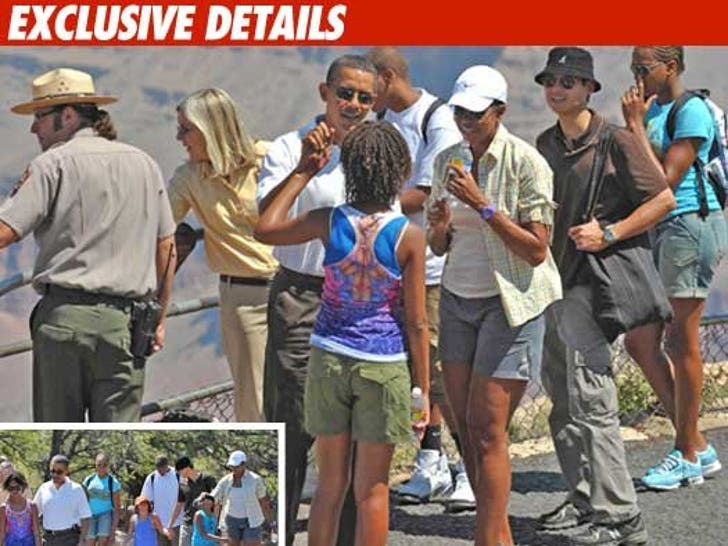 Their father is the President, their mom is the First Lady, and now the Obama girls have a title of their own: Junior Rangers at Grand Canyon National Park. 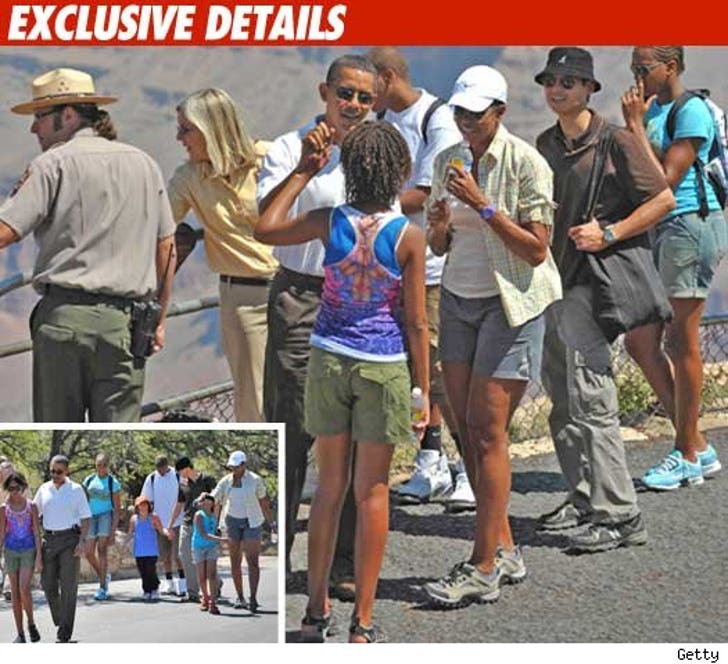 The First Family made the trip to Grand Canyon National Park over the weekend. Scott Kraynak -- the Park Ranger who gave the Obamas their tour -- told us Malia and Sasha were fast-tracked into the Jr. Rangers program since they only had one day to do it ... one of the perks you get for being the spawn of the most powerful man on the planet.

Scott said Sasha was made an honorary Coyote and Malia an honorary Scorpion -- the girls even received their very own Jr. Ranger patches for their accelerated accomplishments.

As for President Obama, Scott said he was genuinely interested in learning about the park and kept asking him all sorts of questions about it.

It's nice to have a President who takes time to learn about things.