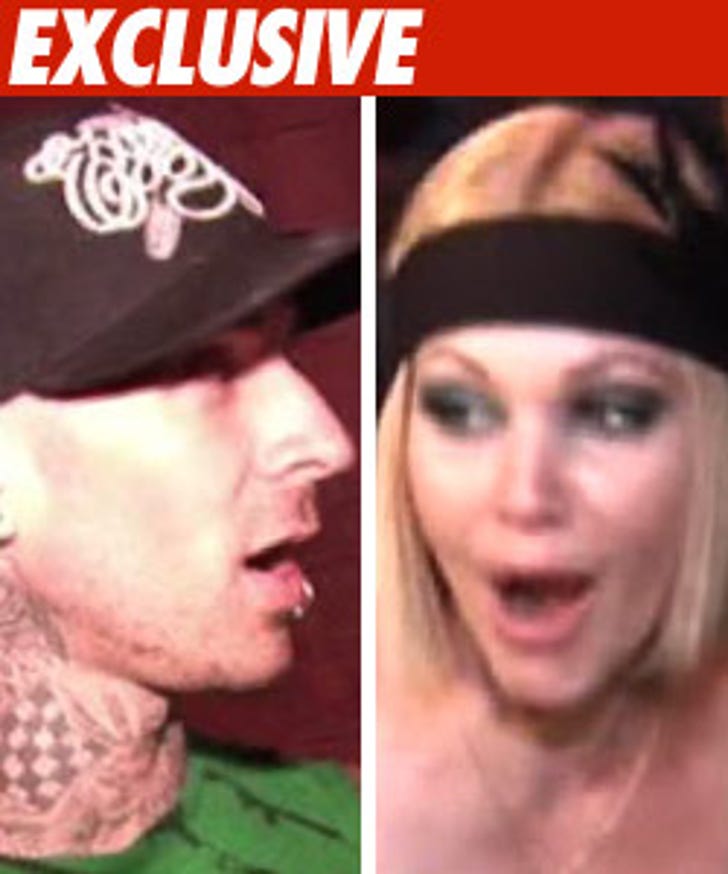 Shanna Moakler agreed to let Travis Barker take their two kids on the road with him last month during his tour with Blink-182 ... but she didn't let that happen without getting something for herself in return.

Custody papers filed in L.A. County Superior Court say in order for the kids to tour with Travis from July 25 -- August 22, he has to arrange a vacation for Moakler and the kids to Rhode Island on August 26.

The papers say Travis also has to take Shanna and the kiddies to R.I. via his tour bus.

And here's the weird part: The papers say the kids aren't allowed to get near a man named Richard Sinnott "at any time whatsoever."

It's unclear at this time who exactly Richard is and why they don't want their kids around him.