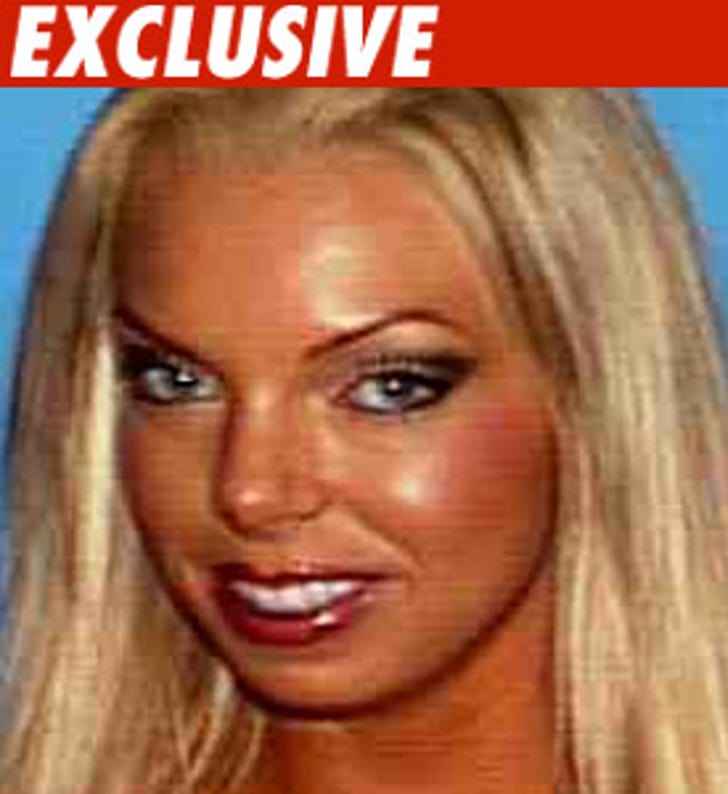 Sources tell TMZ cops have spoken with a man who was involved with the murdered model -- and a text message he received the last night of her life may be the key to unlocking this mystery.

Here's what multiple sources tell TMZ. The victim, Jasmine Fiore, and her husband, Ryan Jenkins (the "person of interest") were in San Diego for a poker tournament last Friday. At some point in the evening, Fiore texted Robert Hasman, a former boyfriend with whom she was involved before meeting Jenkins.

We're told Jenkins not only knew of Hasman, he was upset Hasman had been communicating with his wife while Jenkins was in Mexico shooting a reality show.

We're told Fiore texted Hasman on Friday night, saying she was going to travel to Las Vegas to see him.

Police are exploring a theory that Jenkins may have seen the text Fiore sent to Hasman and then fired off the "suck it" message out of anger.

Fiore's body was stuffed in a suitcase and placed in a dumpster in Orange County, CA. Jenkins was the last person to see her and the one who reported her missing on Saturday night. He is now MIA. Cops say they are "suspicious" of Jenkins but he is not yet a suspect.