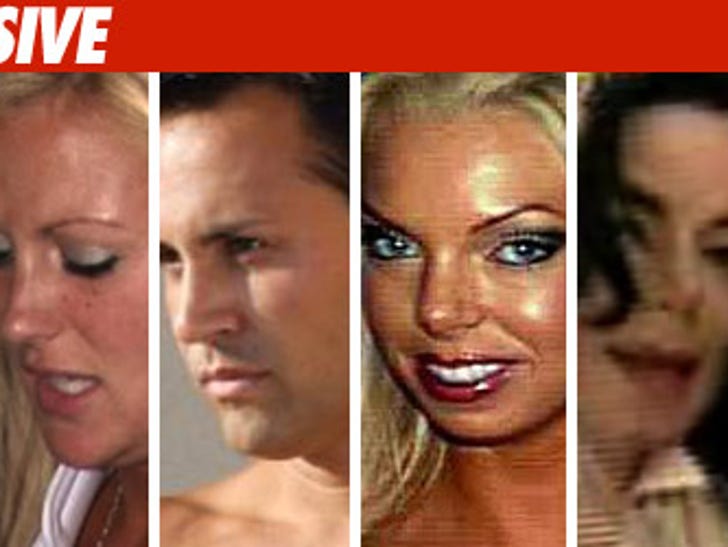 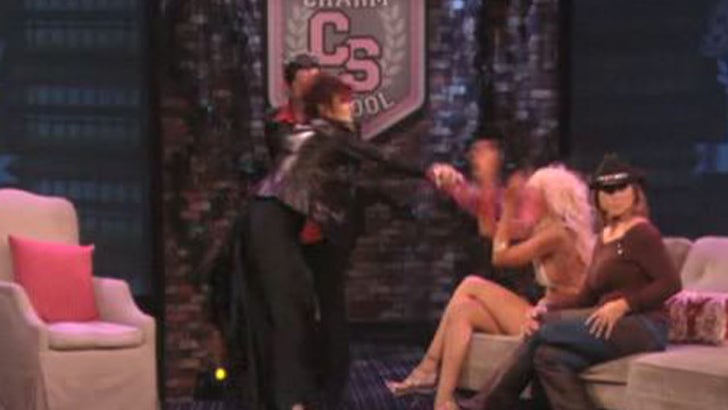 " on a VH1 special back in 2008 ... a chick named Megan Hauserman ... who later got her own reality show that starred Ryan Jenkins ... who probably killed Jasmine Fiore.

According to the new papers, filed in L.A. County Superior Court, Megan claims the server "approached and was almost run over by defendant to the point where the papers were dislodged from the process server's hand."

So what's the connection to Jacko?

In the suit, Megan says the server tracked Sharon from her home in the very exclusive, private community of Hidden Hills, CA -- where Lisa Marie Presley used to live ... and she was married to Jacko ... who was in "Men in Black 2" with Tommy Lee Jones ... who was in "JFK" ... with Kevin Bacon.