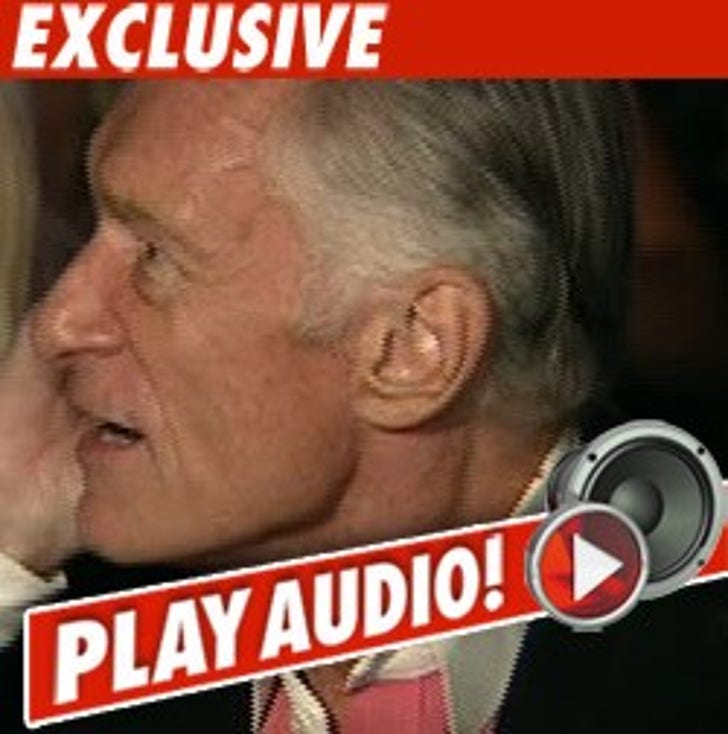 Hugh Hefner claims his soon-to-be ex-wife Kimberley Conrad cheated on him before their marriage fell apart -- but that's not why he's finally demanding a divorce.

TMZ just spoke with the Playboy kingpin, who told us he made the decision to officially break it off with his estranged wife, and mother of his two children, strictly because she filed a $5 million lawsuit against him last month relating to the sale of a house they owned together.

As for why he had stayed married during the 11-years they have been estranged, Hef says, "At the time of the separation, I was happy to get a divorce ... I only remained married for the sake of the children at her request."

Hef told us that he was "faithful" during the time they were together, but says Kim had cheated on him "early in the relationship." Hef says he knows who the other person is, but would not reveal the identity.

Hef did reveal his frustrations with the lawsuit -- claiming he has paid Kimberley every cent that he agreed to pay her in their prenuptial and postnuptial agreements, adding, "I have been generous to a fault."