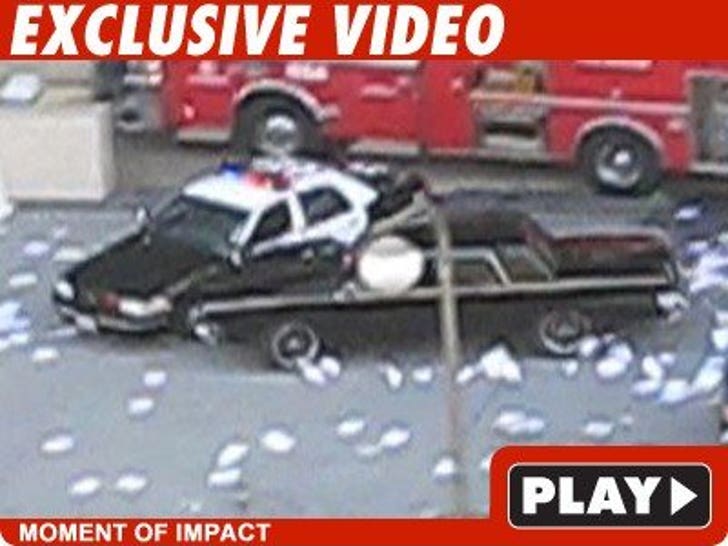 The Green Hornet's car loses control, bangs into a cop car and then smashes into a wall -- cool stunt ... or major mishap on the set?! 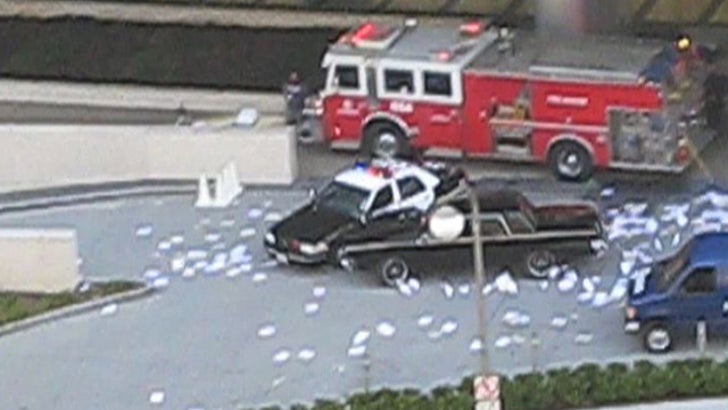 TMZ obtained the footage of a movie crew shooting an action sequence in L.A. for the upcoming Seth Rogen flick, "The Green Hornet" -- and the footage could reveal a very expensive screw up.

In the first clip, The Hornet's car -- the Black Beauty -- speeds around the obstacles and escapes into the street.

The crew resets to shoot the scene again, except this time the Black Beauty appears to lose control -- hits the obstacles and crew members scramble to remove the driver from the wreckage.

You never know what's intentional on a movie set -- but so far, we're unable to reach a rep from Columbia Pictures to confirm that this crash wasn't planned.