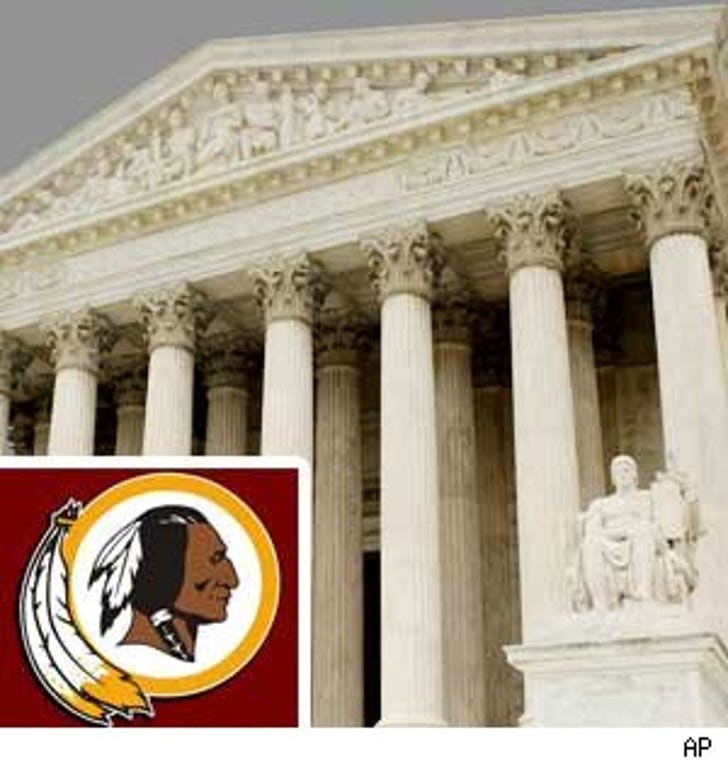 The war over the Washington Redskins -- the most offensive team name in professional sports -- might finally go to the U.S. Supreme Court.

A group of American Indians is asking the highest court in the land to cancel the trademarks on the Redskins team name and logos -- due to the fact that they're extremely defamatory toward Native Americans.

The American Indian group has been fighting this battle since 1992. They won a ruling in 1999 ... but the decision was defeated soon after by judges who decided they waited too long to bring their case to the courts.

Now, the Native American group wants SCOTUS to review the lower court decision -- and finally force Washington to understand why naming an NFL team after the color of someone's skin could be offensive.