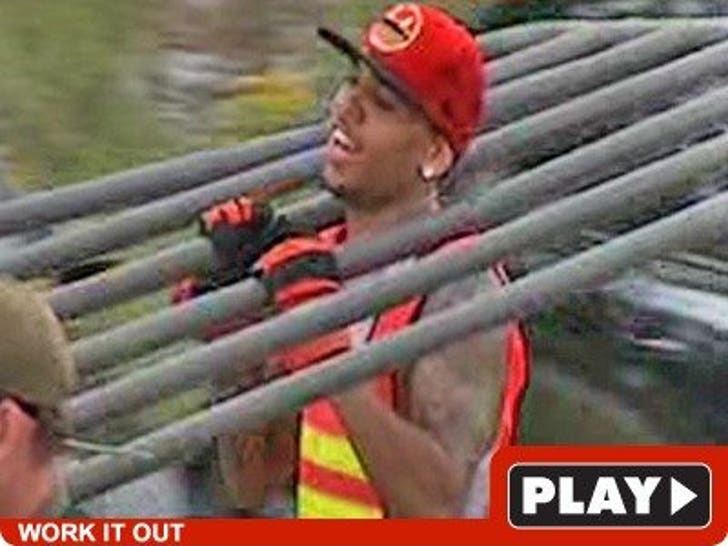 We finally got video from Chris Brown's first day of hard labor -- a day that included waving to cameras, adoring fans ... and hours of actual, respectable, tough sweat-inducing work. 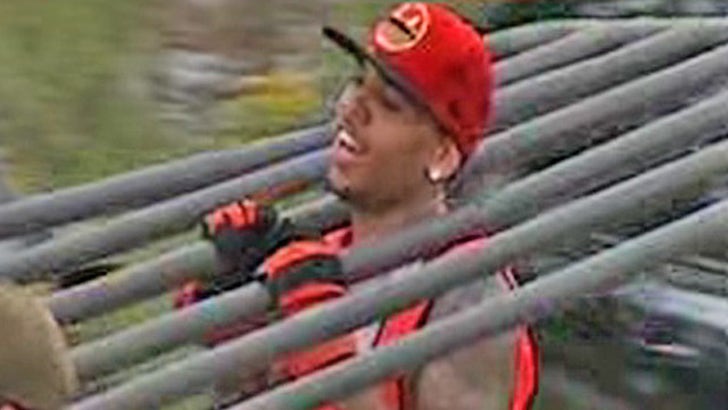 In the footage, obtained by NBC12 in Virginia, Brown can be seen using a rake to hack away at weeds -- while sporting an orange vest, a wifebeater and a stylish red baseball cap.

Several times during his court-ordered day of cleanup, Brown took a break from the weed-pulling to wave and smile for the cameras ... while armed police officers monitored the entire thing.

After his day was over, Brown was allowed to return to his home ... where he's already Twittering again.