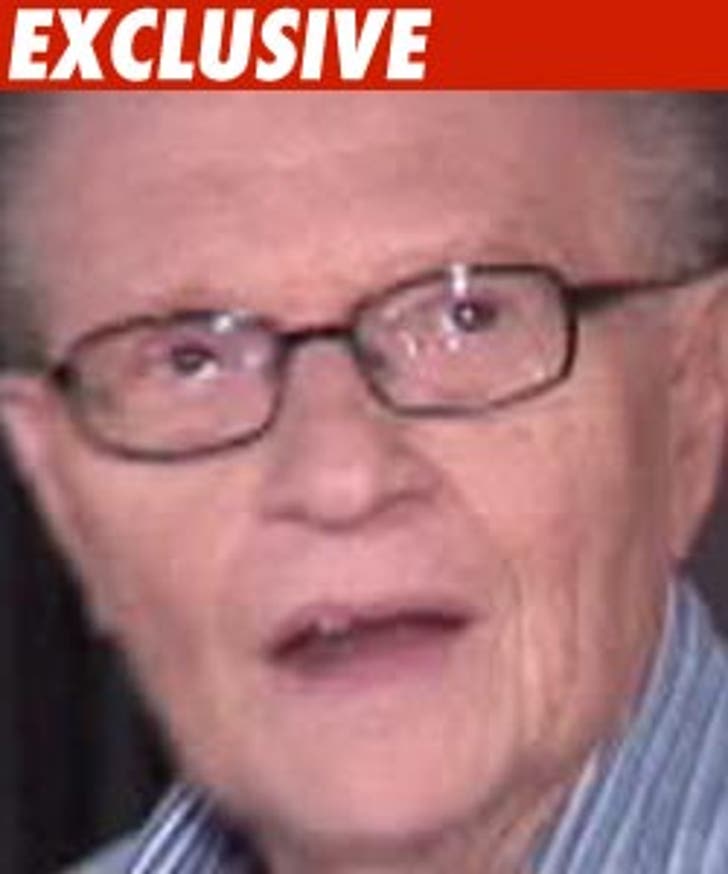 Larry King -- or more specifically his wife Shawn -- doesn't take too kindly to people they feel file frivolous lawsuits against them.

King's company, Larry King Enterprises, and his driver are being sued over a fender bender that went down back in November 2008. The two plaintiffs claim they suffered serious injuries and are suing for damages in excess of $50,000.

But that's not the way the Kings see things.

Shawn tells us, "This is a completely frivolous and fraudulent lawsuit. There was zero damage to both cars. Our driver has an excellent record and is extremely responsible. At the time of the incident, the people got out of the car, said they were completely fine."

She continued, "Our driver checked to see if they were okay. We have witnesses who will confirm that. They exchanged insurance information, and as soon as they saw Larry King Enterprises, they decided to go for what they assumed are deep pockets. These people went to an ambulance chaser for an attorney, and as though they were filling out a form to get the maximum amount of money they could, checked off every box possible . In return, they will be on the receiving end of a big, fat lawsuit."

If no one chickens out, both sides are due in court in December.