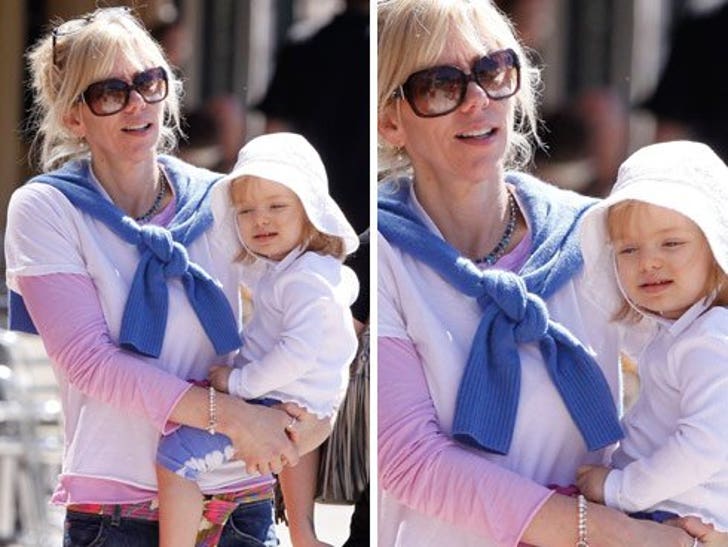 Rielle Hunter -- who had a child that John Edwards has denied is his -- was out this weekend with daughter Frances.

According to a book proposal submitted by an Edwards' aide, John allegedly promised Hunter once his wife died he'd throw a rooftop wedding featuring the Dave Matthews Band.

We're sure it would have been a nice affair.