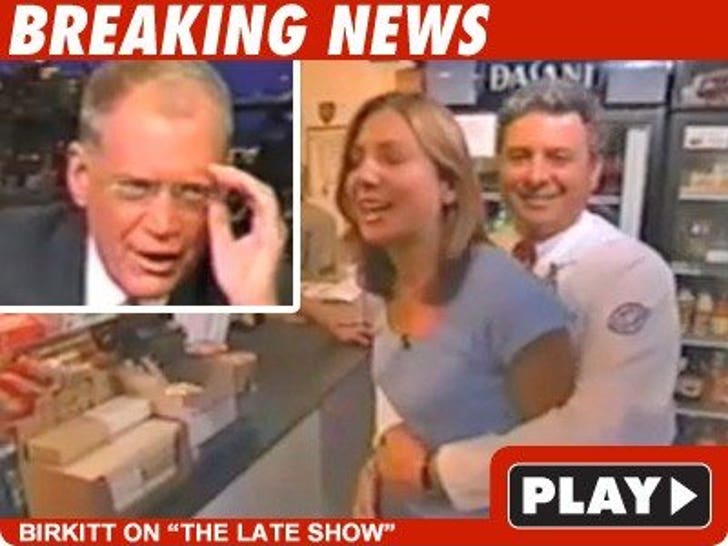 One of the women at the center of the David Letterman alleged extortion case is Stephanie Birkitt, his former assistant -- according to the search warrant obtained by FOX 5 New York. And, the warrant says, Birkitt was the suspect's girlfriend and we've learned she was living with him until recently.

According to the warrant, the suspect, "48 Hours" producer Robert "Joe" Halderman, sent Letterman a package which allegedly included treatments for a screenplay with supporting materials.

The warrant goes on to say the "supporting materials" included copies of parts of a diary and correspondence belonging to Birkitt.

Letterman acknowledged on his show last night he had sexual relations with female members of his staff.

Birkett has been a regular on Letterman's show (see video).