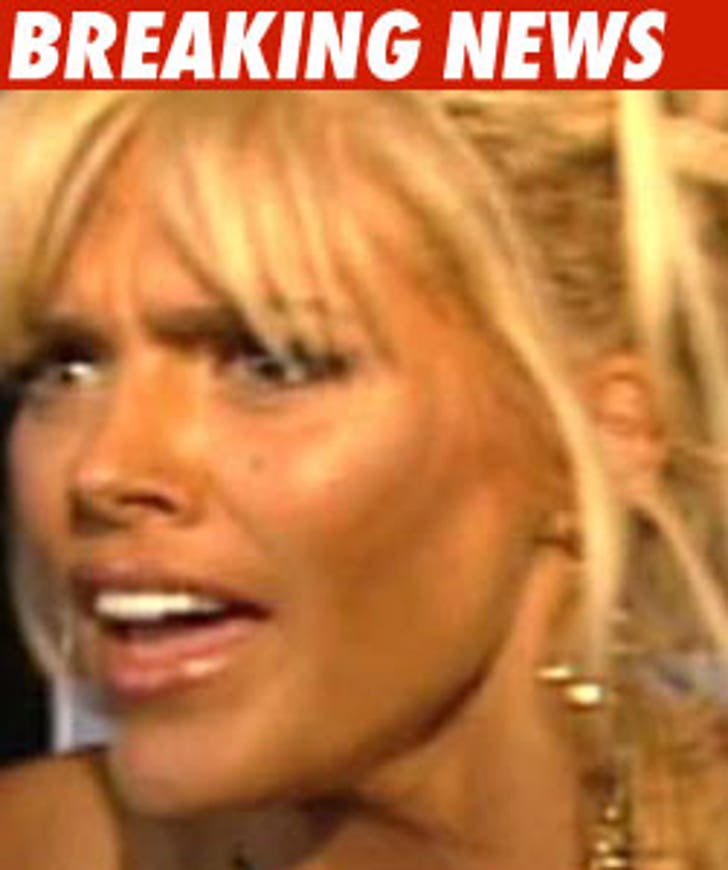 Anna Nicole Smith was investigated by the FBI over a possible plot to kill the son of J. Howard Marshall II -- the 89-year-old oil tycoon she married when she was 26, this according to newly released documents.

The investigation took place between 2000 - 2001 -- after J. Howard's death -- when his son, E. Pierce Marshall, was trying to keep Anna Nicole from getting a chunk of his father's wealth ... valued in the hundreds of millions.

According to FBI documents obtained by the Associated Press, authorities confiscated a couple of weapons from Anna's home during the investigation -- including a .357 revolver and a 3.5 inch stainless steel knife.

On July 3, 2000, Smith was questioned by the FBI, but according to the docs Anna, "began crying and denied ever making such plans."

Feds ultimately decided there was "insufficient evidence to establish that there was a murder-for-hire plot by Ms. Smith to kill Pierce Marshall."

Pierce died in 2006 from an infection.