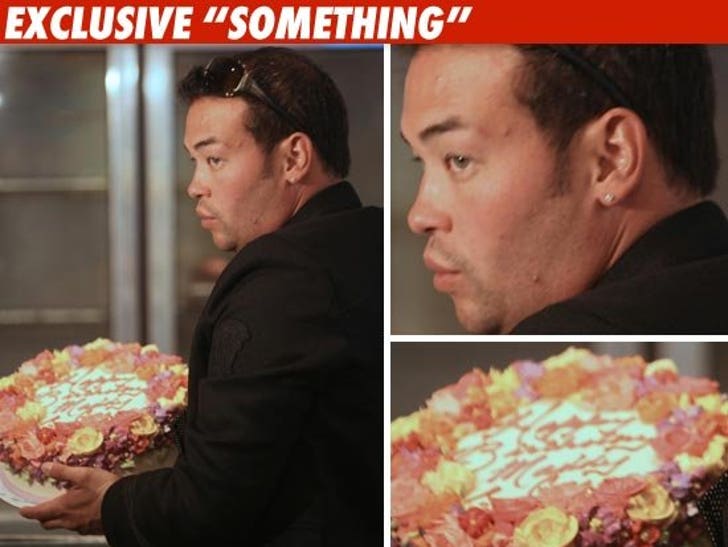 UPDATE: Jon Gosselin has a double-D problem on his hands -- as in his daughter's name is misspelled on the cake. It's Mady -- not Maddy.

A person from a mysterious entertainment show ordered the cake Jon Gosselin is schlepping to the big birthday.

An intrepid TMZ reporter called the Cupcake Cafe in NYC. The owner told us she got several calls from "a person from "Entertainment Something," ordering the cake and asking permission to shoot inside the bakery when Jon came a callin'.

We checked TV Guide but no "Entertainment Something" is listed. So we took a shot in the dark and contacted "Entertainment Tonight." The rep said her show absolutely did not pay for Jon's cake.

UPDATE
: The award for the best comment of the day goes to whoever posted this: "I love Entertainment Something!!! I watch Wheel of Nothing right after!"