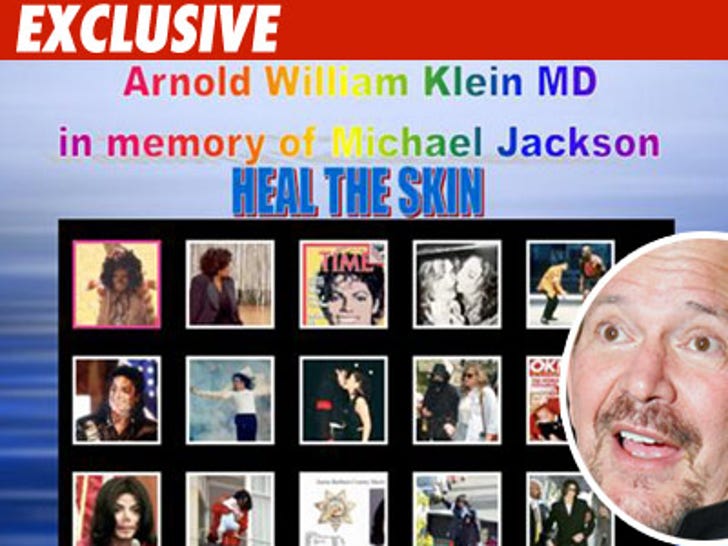 We're guessing it wasn't the horribly tacky Windows 95 poster that enticed people to Arnie Klein's lecture last Saturday -- it was probably the free food and open bar, courtesy of Klein's fat wallet ... but that's just us. 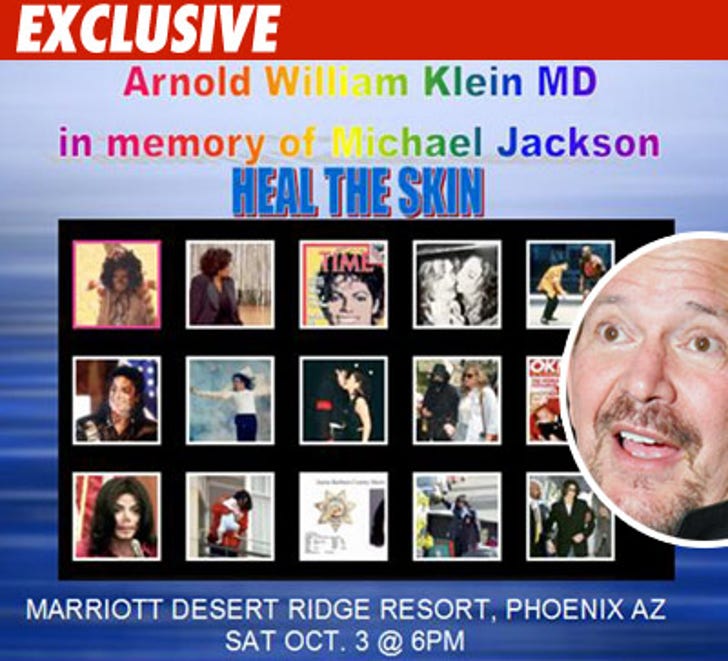 We've learned Klein was in Phoenix last Saturday for a dermatologist convention at the Marriott Desert Ridge Resort Hotel. When it was all over, the good doctor held his very own lecture on Michael Jackson called "Heal the Skin" ... luring crowds with free Italian food and an open bar -- and we're told he paid for all of it.

We spoke to a rep for the hotel's restaurant -- where Klein hosted his talk -- and we're told he rented out a private dining room just for the occasion ... racking up a bill of at least $6,000. And that didn't even include the bar tab.

He claims on Twitter he talked about real problems with the FDA and Drug Companies ... but we're guessing people didn't hear much over the sound of mouths munching.