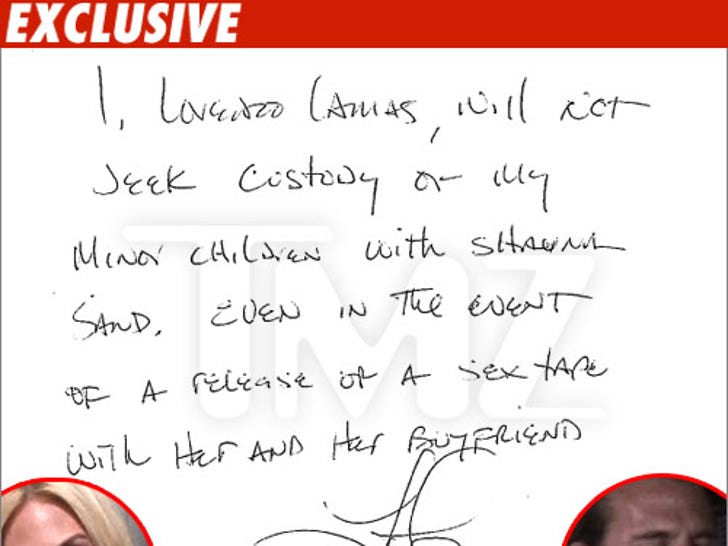 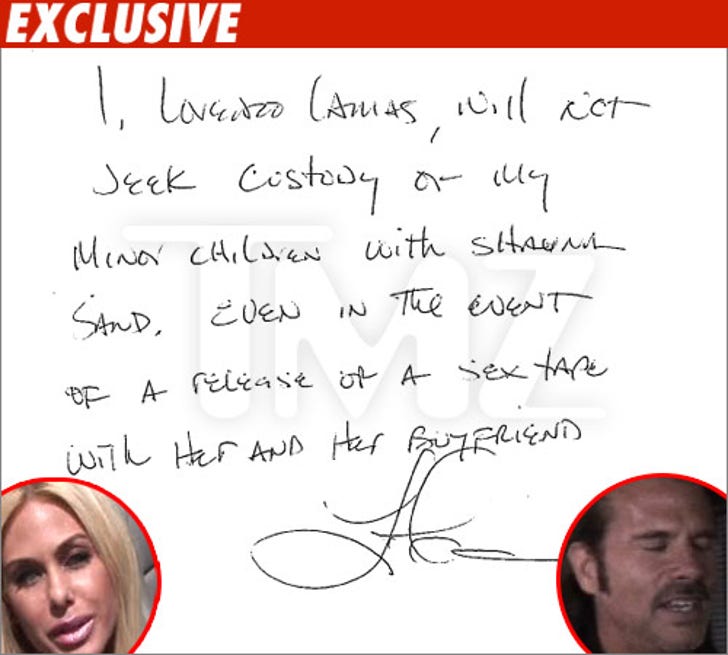 It all went down at Lorenzo's house -- after Shauna dropped off their three young daughters, per the former couple's custody agreement. Sand tells TMZ Lorenzo was furious over the existence of the sex tape -- and Shauna was extremely worried that the "Renegade" star would wage a legal fight to get sole custody of the kids.

But Sand claims he eventually calmed down, told Shauna that she was a good mom -- and promised not to battle her for custody. To prove it, Sand says Lamas grabbed a pen and a sheet of paper ... and drafted the following statement:

I, Lorenzo Lamas, will not seek custody of my minor children with Shauna Sand.

Even in the event of a release of a sex tape with her and her boyfriend.