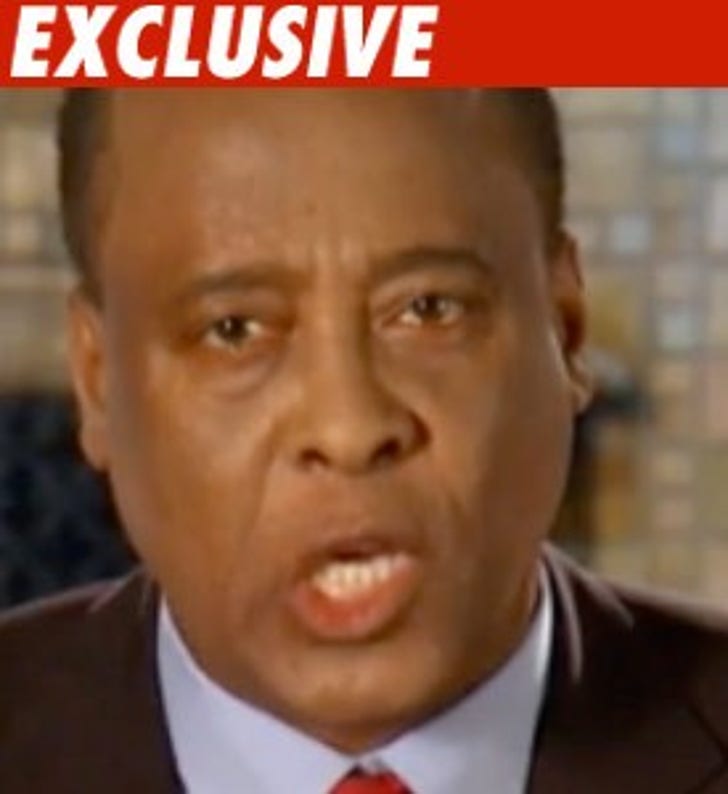 Dr. Conrad Murray is finally breaking his silence about his ongoing child support case to TMZ, claiming he and his new lawyer are determined to make all the Doc's non Jacko-related problems go away.

Murray only has four more days to report to a Las Vegas court before a judge will issue a bench warrant for his arrest for missing a child support hearing on Oct. 7.

But Murray's new lawyer, Chris Aaron, tells TMZ that Team Murray is desperately trying to work out a "temporary resolution" with the District Attorney's office.

Aaron says Murray has a perfectly good explanation for going MIA, saying, "It was not intentional missing his court date -- it was simply an oversight. Dr. Murray has every intention of resolving and taking care of his personal responsibilities."

Murray is accused of stiffing baby mama Nenita Malibiran out of $13,311.47 in payments for their 10-year-old son. And in case you've been living under a rock ... he fueled Michael Jackson with Propofol which the L.A. County Coroner says killed him.