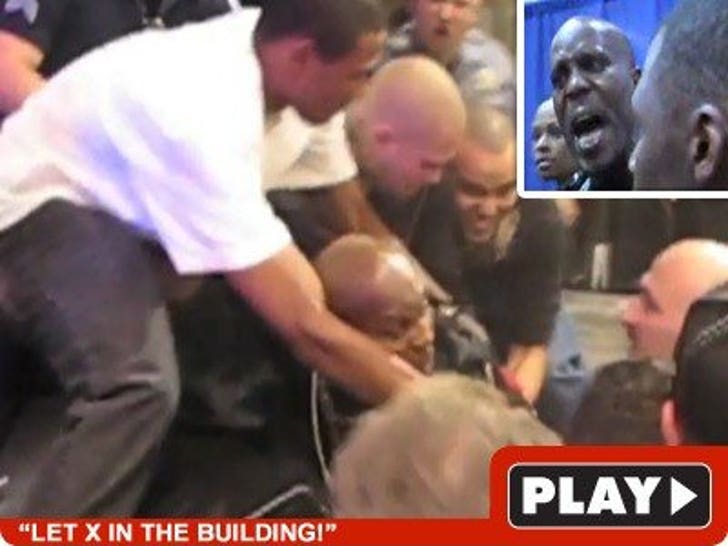 He was late ... to a very important date ... and when he arrived, DMX went nuclear on security guards who wouldn't allow him perform at a charity event this weekend. 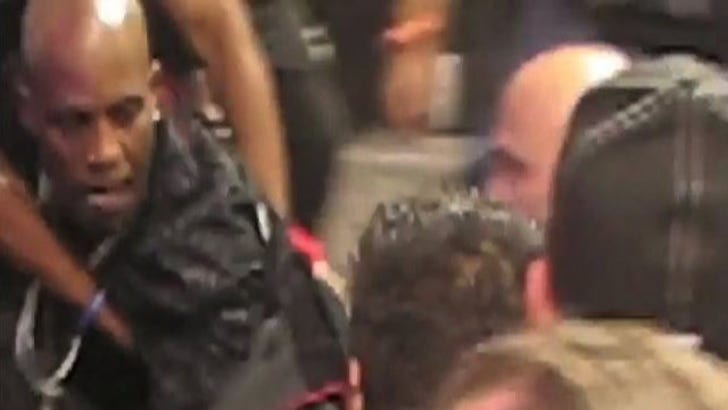 The rapper got into a screaming match with security when he arrived to a Colorado Springs concert nearly 90 minutes after security was told he was scheduled to perform. In the video, both sides can be seen going off on each other.

X, his bodyguards and fans eventually got into a shoving match with security in front of the stage, while the crowd -- who had already been told he wasn't going to show -- chanted "DMX! DMX!"

He eventually got on stage -- but the sound system was reportedly turned off so he couldn't perform.

Only DMX could turn a charity event into a melee.