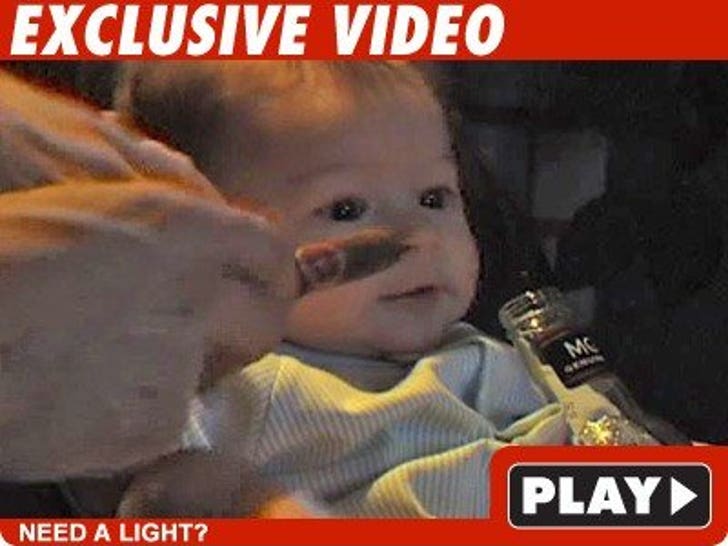 Ten years before the Balloon Boy hoax, Richard Heene pulled an equally unfunny stunt -- only this time his kid really was in danger.

We've obtained footage of Richard Heene from 10 years ago -- trying to shove a cigar into his then infant son Bradford's mouth -- while posing him with an empty bottle of beer ... and it's all for the cameras.

At one point Mayumi can be heard telling him "No" -- but Richard doesn't stop ... seemingly obsessed with getting what he thinks is the perfect shot.

P.S. -- We apologize in advance for Richard's incredibly grating, beyond annoying baby talk.