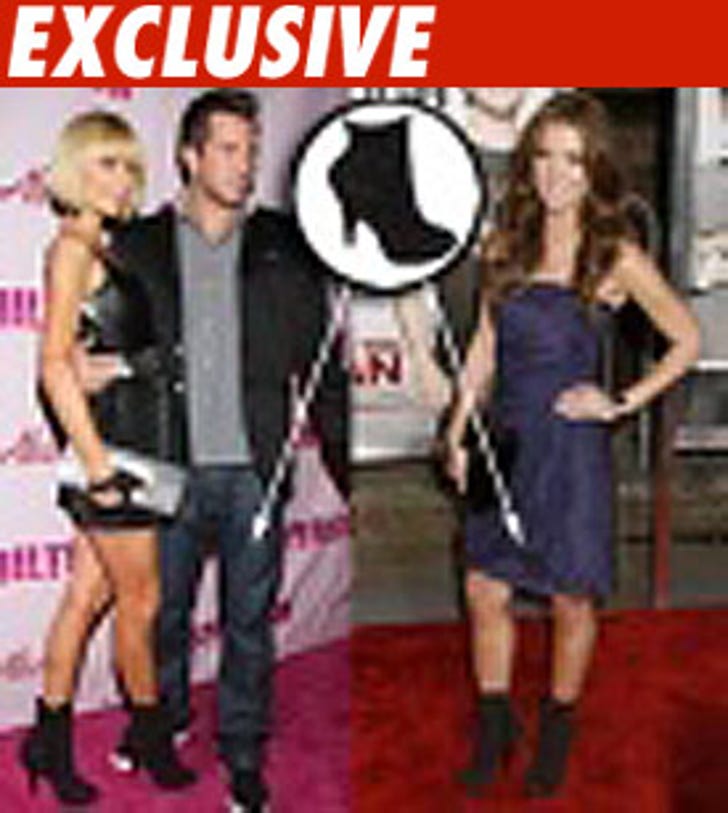 The Burglar Bunch had its sights set on feet ... and we have the picture to prove it.

TMZ has the data from the computer the Bunch used during the alleged crime spree. One of the pictures in the archive .... Paris Hilton (with Doug Reinhardt) and Audrina Patridge, both wearing the same style of expensive boots.

We didn't alter this picture ... the highlighted boot was in the computer.

As we first reported, both Paris and Audrina's homes were hit. We don't know if the boots were taken in the heists.